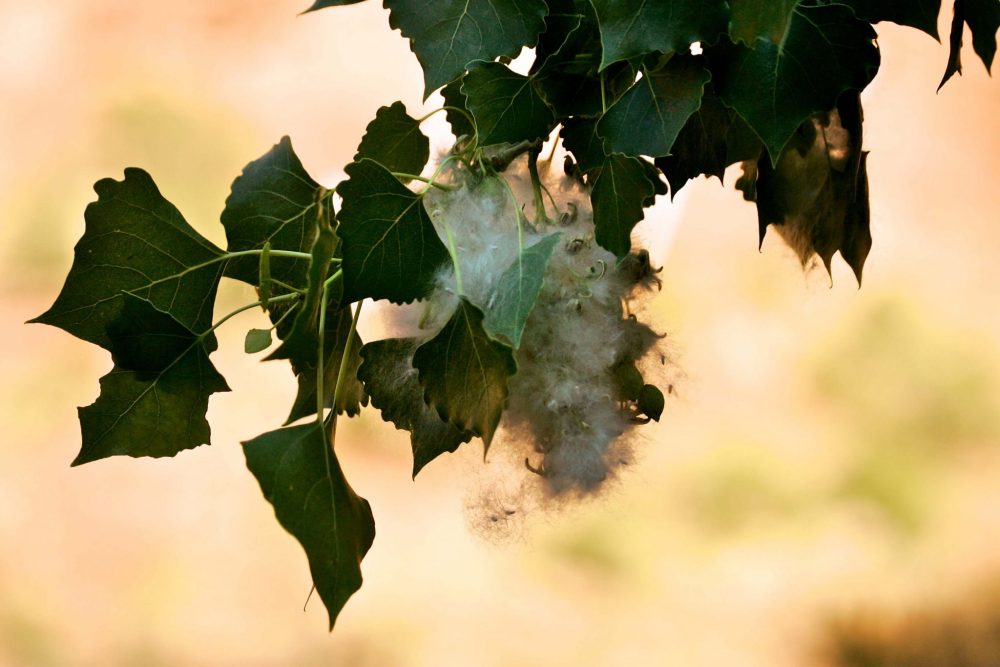 Inside the canyons of the desert southwest are more canyons, carved deep and jagged into wise wood bodies; Fremont cottonwoods, Populus fremontii. These canyons cut through the seams of cottonwood trees’ water-wanting bark in arid climates, making great handholds for climbing. There is one particular cottonwood tree whose stark image I remember with a shiver down my spine. This flood-cycle tree resides along a wash near the entrance to Little Wild Horse Canyon in the San Rafael Swell (apparently I am not the only one to fall in love with this tree, because I found multiple photos of it by googling, “cottonwood little wild horse canyon”). 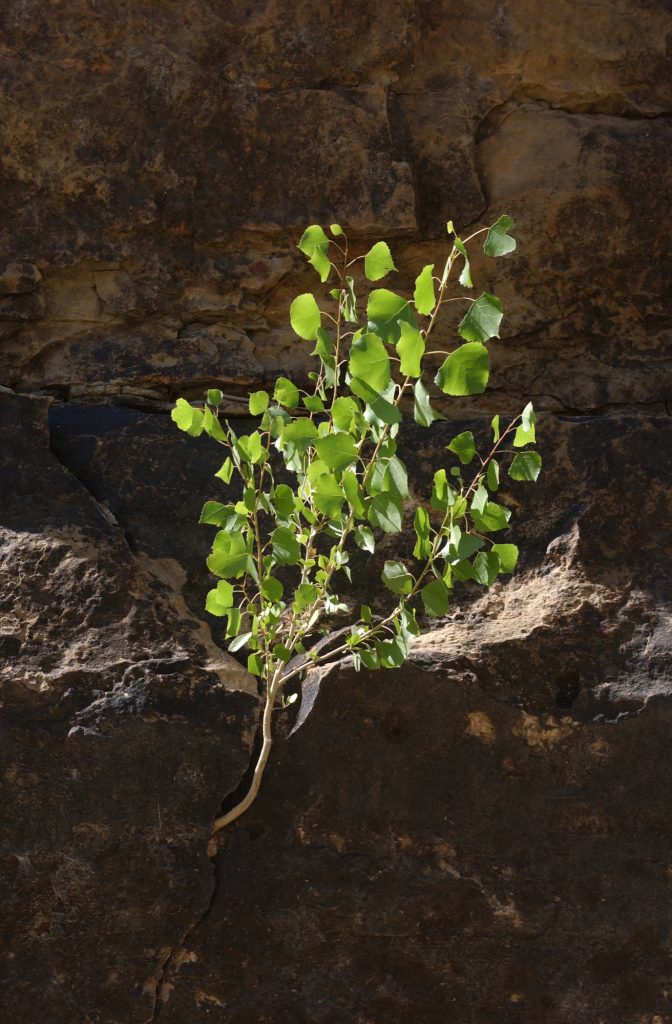 I was led to the tree in a swaggering buzz by a stray bee. Maybe the tree was calling me over. Maybe that’s just my woo-woo wishing. Either way, this cottonwood was clearly a significant being, radiating life into the dry air: In its smaller branch was a nest of bees, under its bigger branch a spot of shade, in its very presence the echoes of water.

Cottonwoods are refuges for all kinds of creatures. The forest service gives us a rather extensive list of animals that rely on the Fremont cottonwood in some way. The list includes golden eagles, bald eagles, Bell’s vireo, great blue herons, hawks (gray, black, zone-tailed, red-tailed), woodpeckers (downy and Ladder-backed), ringtails, squirrels, beavers, and other rodents. I’ll add bees and humans. Yes, besides their stoic beauty in desert landscapes, cottonwoods have helped humans in other ways.

Early white explorers in the west used the cottonwood trees as a sign of vital water nearby. While these riparian trees can survive with little rain, their roots must reach to some groundwater. So a cottonwood is never too far from water, whether it’s down the wash or down in the sand. In fact, the Fremont cottonwood is deeply dependant on water flows, as their seeds germinate almost exclusively in fresh alluvium that is exposed by receding floodwaters. This makes the cottonwood not just a sign of water, but of a healthy, natural water system. 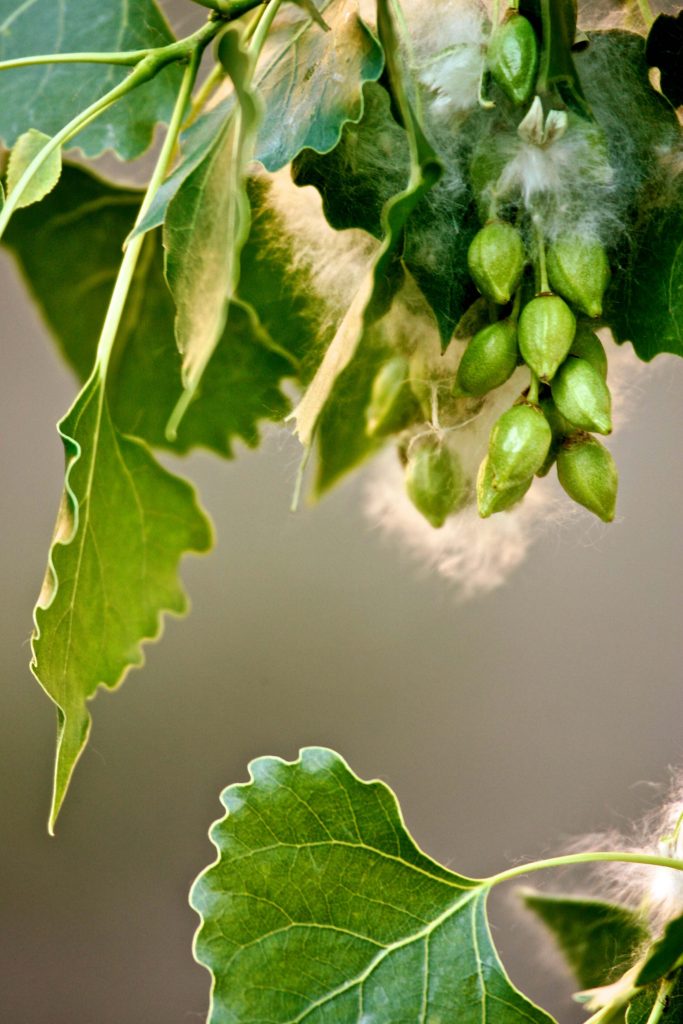 In a 1976 study of riparian vegetation in Escalante River and Glen Canyon National Recreation Area from Utah State University, researchers found that “regulating periodic inundations and flash floods would [mean that] tamarisk, an introduced species would have a competitive advantage over the native Populus”. Another, more recent study that compared the naturally flowing Yampa River and the more regulated Green River, found that “natural flood regimes” were much better for the natural ecosystem and especially the Fremont cottonwood. In short, cottonwoods cannot produce where river flow is regulated by dams, and they are quickly weeded out by invasive populations like tamarisk.

Sometimes we need an overflow of events or emotions to boot us into a new phase, to push our lives forward. So it is with the rivers. Floods, like natural fires in many forests, are a vital component of a well-worked but delicate ecosystem. No matter our hubris, we can’t engineer what Mother Earth has been weaving for millions of years: the relationship between the cottonwoods as the desert washes, between the bees and the canyons of bark, between me and that wild tree in outside of Little Wild Horse Canyon.