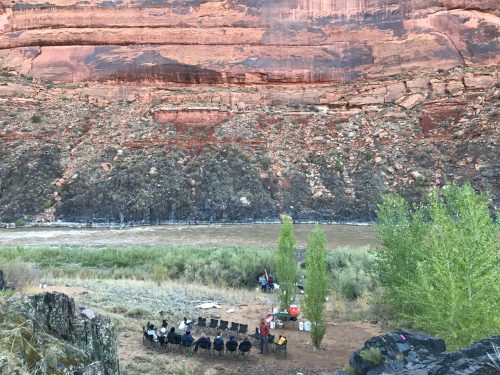 Five Things We Love about Westwater Canyon. When I interviewed the humble hero of the Holiday River Expeditions, Kim Crumbo, he told me that his favorite part of ‘the river’ (meaning the Green and the Colorado rivers) was Westwater. He visited the canyon long before he was a guide for Holiday, and came back as frequently as he could throughout his career. “It was just one of the places you don’t see anybody,” he said.

It was so serene back then because, for a while, Holiday was the one of the only companies running that part of the Colorado. Now, even with more people floating Westwater, it retains its unique magic. Over the decades our guides, led by Dee Holladay himself, have spent enough time in the area to discover most all of its special nooks and crannies, abundant wildlife and rich history.

Here are five of our absolute favorite things about the canyon. 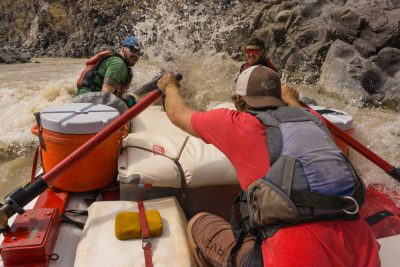 You can tell a lot about rapids by their names. There is the “Terminator” in the Futaleufú River of Chile. There is “Jaw Bone” and “Seven Foot Falls” in the Chattooga River of Georgia. And then there is “Skull” and “Sock-It-To-Me” in Westwater Canyon. The latter was actually given its name by Dee Holladay after he was given a good lick to the face by a wave.

The heavy hitting rapids in Westwater come right after each other as you shuttle through a tight corridor of black schist rock. It’s hard to describe just how wild this ride is, but this National Geographic feature captures some of the epic terrain.

This is serious whitewater, which is why you want to run it with the most experienced, competent guides around (*cough* Holiday guides *cough cough*)! 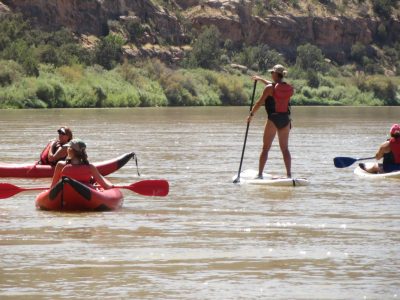 As fun as it is to get soaked by the rapids on a warm afternoon, sometimes you just want lay back and soak in the sun and a great novel. Westwater has leisurely stretches of tranquil water that’s great for doing… well, whatever you want to do.

Open a beer and listen to your guide tell a gnarly story. Or, If you are still looking for a bit of adventure and challenge, you can hop onto our stand-up paddle boards, or learn to navigate one of our inflatable kayaks. Falling over is much more fun in calm waters, trust us.

We are all about going with the flow, whether it’s fast or slow. 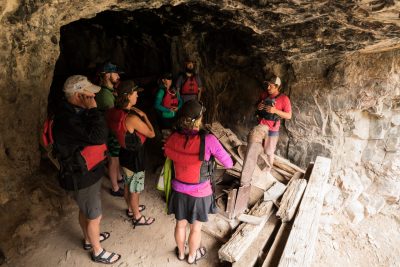 Long before John Wesley Powell floated down the Colorado, and even before the Diné and Ute people lived in what is now Southeastern Utah, there was the Fremont Culture. The Diné refer to the Fremont as the “people who lived before the flood” (a much better name than “Fremont,” who was a white explorer and politician known for slaughtering Native Americans).

We know the Fremont people through what they left behind. Baskets, grain storage sites, and impeccable rock art. There are several incredible examples of these archeological sites right along the river in Westwater. Hiking to these sites offers a rare opportunity to connect directly with the ancient history of the American West, and to think about our own culture’s connection (or disconnection) from history, the land, and the water.

In the thousands of years between the Fremont culture and today, there have been numerous people in and around Westwater canyon. Some of those people were miners who came to Utah in the 1800s, searching for gold and other rare minerals. You can stop and explore an old miner’s cabin, or hike into “Outlaw Cave,” which, myth says, was once home to two outlaw brothers.

But perhaps the most spectacular history in Westwater is the geological history. The rocks that are exposed in and around the canyon are as old as 1.7 billion years; some of the oldest exposed rock on the planet. Sheer, red rock cliffs pop against the clear, blue skies. The black schist rock tells us a story of metamorphosis, of how, over time, even rocks are compressed, heated, and changed by the forces around them. 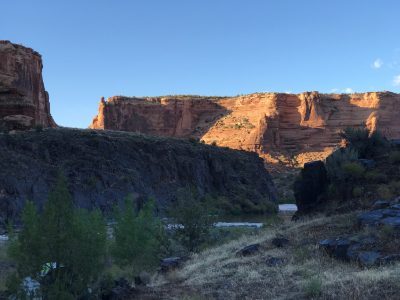 One of Holiday’s core tenets is “respect for the wilderness and its interconnection.” And we believe that respect takes more than words and ideas. It takes action.

That is why Holiday was at the forefront of efforts, as far back as 1971, to make Westwater Canyon a protected study area. We took key decision makers down the river to show them how important the geology, cultural sites, and the ecosystem of the canyon are, and how we need to protect them for future generations.

You can read more about ongoing conservation efforts on the Friends of Westwater Canyon’s website. 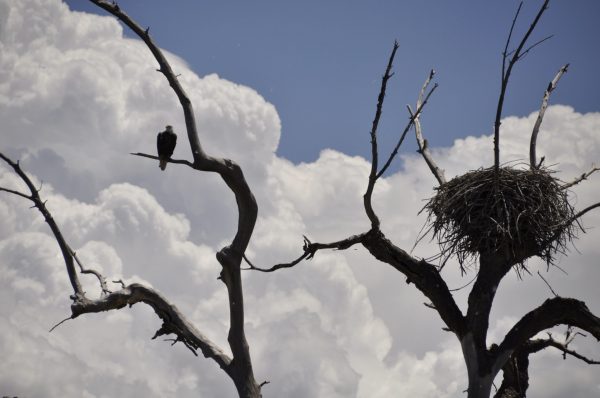 We can’t leave out the eagles of Westwater. Anyone flowing down this section of the Colorado is almost guaranteed to see a bald eagle or two nesting in the cliffs (Westwater is actually home to the only nesting pair of bald eagles in all of Utah!) or flying across the wide, western sky.

But not all of the animals in the canyon can fly. Some of them swim. There are four species of endangered fish in that portion of the river. And, of course, there are the famous bighorn sheep of the desert cliffs.  And a bunch of other, less ‘charismatic’ fauna, too!

If all of this isn’t enough to convince to come check out Westwater for yourself, well then that’s just fine with us (we’ll give your seat on the boat to Kim Crumbo).

Easton Smith is a Local Wasatch Front resident and writer.  He spends his time community organizing, rock-climbing and playin’ some mean banjo.