Five Reasons I Could Convince Myself Desolation Canyon Is My Favorite: (Don’t Tell the Other Canyons) 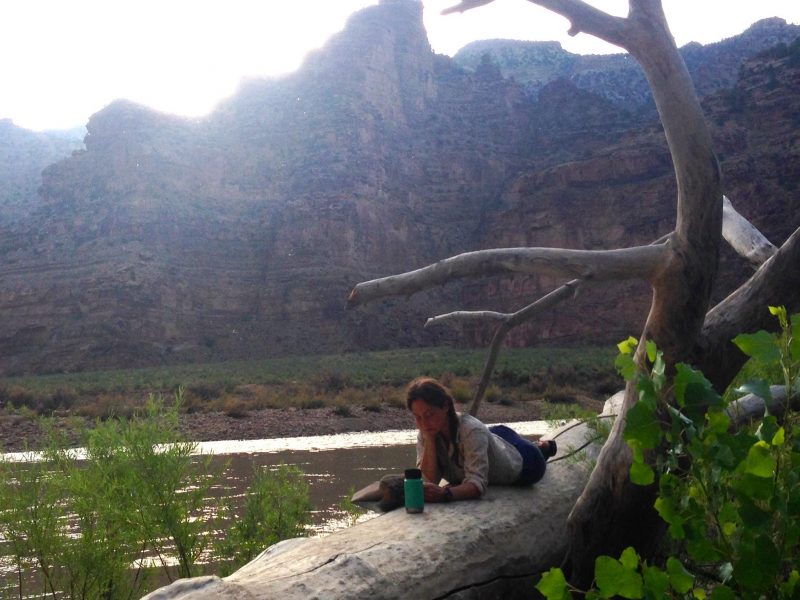 Desolation: a state of complete emptiness or destruction.

Canyon: a deep gorge, typically one with a river flowing through it.

When John Wesley Powell came upon “a region of wildest desolation” on the Green River, he named it Desolation Canyon. But, anyone who has been down that portion of the Green knows that it’s far from desolate. Between the bighorn sheep and river otters, the shrubs, and the fish, you can experience a whole, elaborate ecosystem there.

Desolation Canyon is full of river, full of life, full of history. So, perhaps Desolation merely refers to the lack of human life there, its sheer remoteness. Or, perhaps, it’s a reference to what the place does to the mind; to the calm and wonder that flatten our worries and even our sense of self as we squeeze between towering walls of rock on a raft.

Maybe the ‘state of complete emptiness,” is that zen moment of clarity that we all seek in wilderness.

We have been running trips in Deso for a long time now. In those years we have discovered so many histories, animals, and special places. We don’t want to give them all away (some things you just have to experience for yourself), but here are some of our favorites.

I have written before about just how special the Fremont cottonwood is to the desert ecosystem and to the beauty of riparian environments. Cottonwoods are refuges for all kinds of creatures. The forest service lists golden eagles, bald eagles, Bell’s vireo, great blue herons, hawks (gray, black, zone-tailed, red-tailed), woodpeckers (downy and ladder-backed), ringtails, squirrels, beavers, and other rodents as species that depend on the Fremont cottonwood. Not to mention, humans!

Cottonwoods have been vital in the past in helping humans find water sources in the parched desert. Now, they offer us shade as we lounge on the pristine, white sand beaches of the Green River. 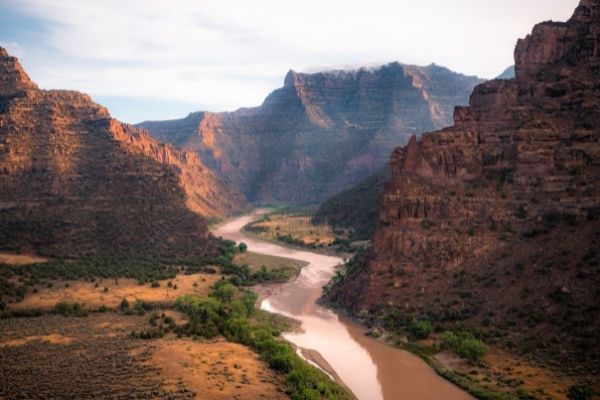 Yes, there is a movie called Desolation Canyon about cowboy outlaws who used the canyon as a refuge. No, it’s not very good.

Perhaps the history of Desolation Canyon is just too rich to fit into a movie. After all, Butch Cassidy, George “Flat-Nose” Curry, Ben Morrison, and our very favorite, Josie Bassett, all spent time in the canyon hiding from the law; or often times getting into more trouble distilling whiskey from canyon orchards to be sold in nearby communities during prohibition.

There are remnants of homesteading ranches, sites built side by side with ancient cultural sites from the semi-nomadic Fremont people, and, of course, countless examples of the unrivaled beauty formed by millions of years of fierce geological history. History stumbling over itself everywhere you look.

Generally, we think of the view as something we get from above. But sometimes it’s better to go down.

Looking up from the Green River in the middle Desolation Canyon, you see what few have seen before: rock walls rising 5,000 feet above you on either side, rivaling the Grand Canyon. The canyon cuts through nearly a mile of the Tavaputs Plateau, revealing stunning red rock formations and wild sedimentary layers.

Who knows, given the proximity to Dinosaur National Monument, there might even be some dino bones hiding out there like the outlaws of old.

Of course, we love the view and the history of Desolation Canyon. But we are river runners, after all. We go for the whitewater.

There are over 100 fun and moderately challenging rapids in the canyon. These are perfect ones for the youngsters and for those who are learning to kayak or paddleboard. Between these bumpy parts of the river, you have plenty of time to lounge or work on stand-up paddleboard skills in more quiet water.

If you want to get a better idea of just what your trip on the river might look like, check out this older promo video from Holiday.

We cannot talk about Desolation Canyon without mentioning the eagles. The canyon is a favorite winter roosting site for the bald eagle. There are also spotted owls, cuckoos, hawks, and ibis flying around the canyon.

If you prefer your animals to be on the ground, there are herds of elk and mule deer in the area, not to mention the bighorn sheep. If you are lucky, you may meet one of their predators, like a black bear, a mountain lion, or a bobcat.

The canyon has been described as one of the most remote areas in the lower 48 states, which means that these animals pretty much have the run of the place. And that it’s the perfect place to see nature in its raw, unmediated glory!