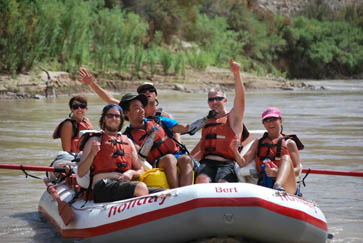 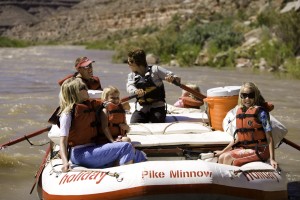 Pike Minnow on the San Juan

What boat did you or will you ride in, and why on earth does it have that particular name? Founder Dee Holladay wanted people to ask exactly that, so he named the boats after interesting local people, places, and things. Here we present the endangered native fish boat names. Besides bearing kind of funny names, these fish offer a deeper understanding of the river ecosystems you encounter during your rafting vacation.

The Colorado pike minnow is North America’s largest minnow. Often growing two to three feet long and living up to 40 years, this fish was historically recorded as being up to six feet long and weighing upwards of 80 pounds. An endangered native of the Colorado River, it was formerly known as the Colorado Squawfish, with its Latin name being Ptychocheilus lucius. We think calling the boat Pike minnow is an easier mouthful! 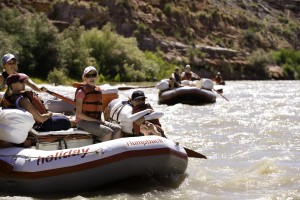 Fully known as a Humpback Chub, this endangered native Colorado River fish is very distinctive due to a pronounced hump right behind its head. Also a member of the minnow family, humpback populations can be found in Desolation Canyon, the Yampa River, Cataract Canyon, and Westwater Canyon.

Call it a Razorback Sucker or call it a Xyrauchen texanus—either way, this fish will catch your eye if you spot it on a whitewater rafting trip. A hump that extends back from behind its head looks like a razor’s edge. Bronze to yellowish in color, this endangered native species can grow up to 15 pounds and is found throughout the upper Colorado River basin. 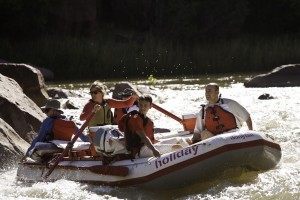 Gila elegans, more commonly known as the Bonytail Chub, is the most rare of the endangered native fish in the Colorado River. With lifespans that can approach 50 years, the bonytail is an excellent example of natural adaptation with its sleek lines and fins perfectly proportioned to navigating the currents of the Colorado.