Feathered Velociraptors on the River 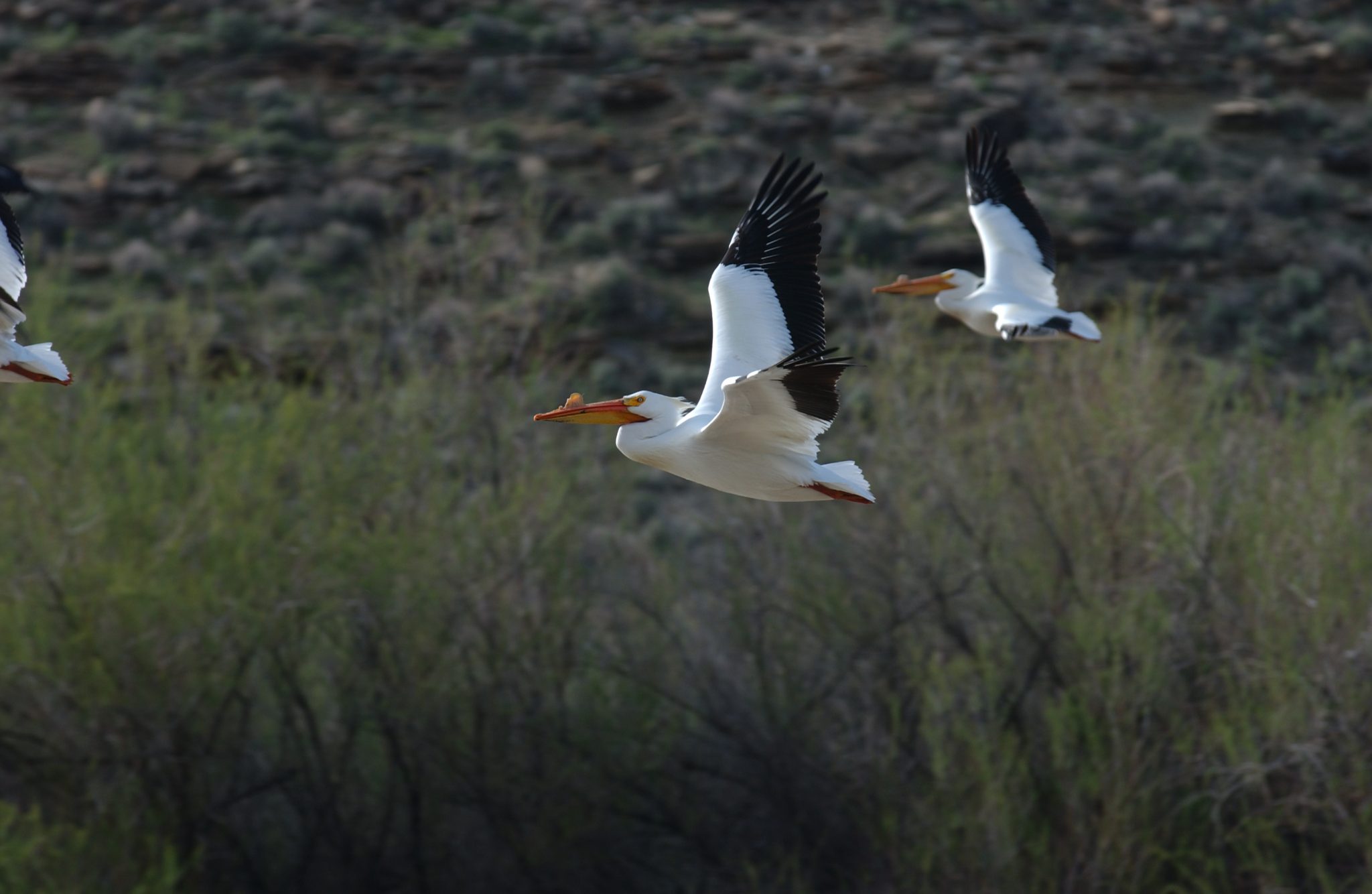 Feathered Velociraptors on the River. Bird Day is Saturday, May 14th, and there’s bound to be a fun-and-feather-filled celebration near you! Here are some reasons to give a day to the fierce little dinosaurs who live on the river.

We put cute birdies on bland Hallmark cards and ladies hats and Portland’s pillows, but here’s the scientific truth:

Birds are dinosaurs. That fly.

Watch how they move, fight, mate, shriek each other away and sing each other down from the sky. These are the fiercest of dinos, the ones who survived when the others couldn’t hack it.

Yet when I invite people to watch birds with me, they laugh. A good-hearted ‘oh you!’ laugh, like a pat-pat on the head. It’s so quaint, like cross-stitching pillows or Monday morning water aerobics. I watch birds because I’ve already adopted the habits of a dear old granny.

They haven’t figured out yet what our wise elders see: that birds are the monster truck rally of the natural world. (Grannies are also right about water aerobics. Try it.)

In some ways, we can easily relate to birds. We, too, move about upright on two legs. We, too, have better eyes and ears than noses — which means we like things to be vibrantly colored and singing. We’re lucky to share a sense of beauty with the birds: when birds try to please each other accidentally they please us. 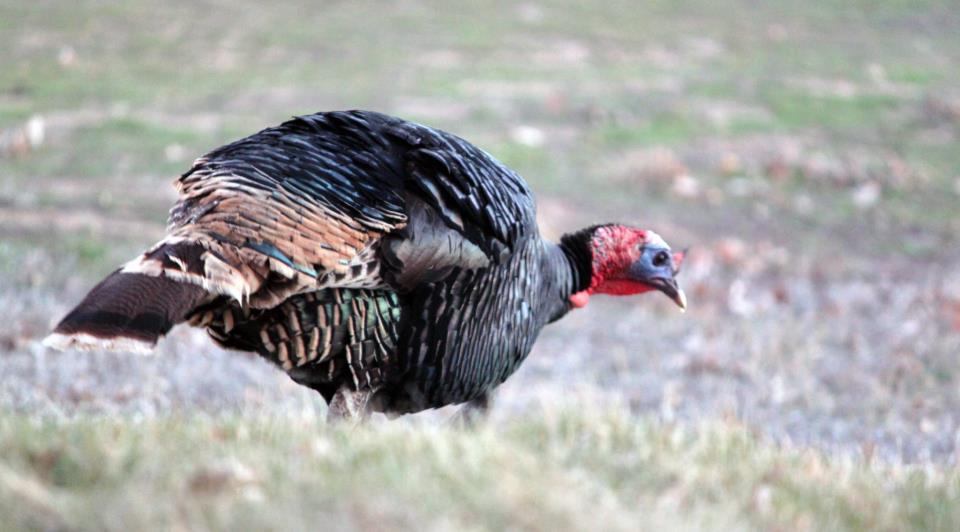 But underneath our shared aesthetics, there is something gigantically different about birds.

Look into the wide, brilliant eye of a bird and see the mystery. That bird doesn’t care about you. If you were smaller or just stopped moving so much, that bird would eat you as quick as a velociraptor. New research suggests our early human-ape ancestors were hunted by birds. So if half of our love for birds is in an interspecies sense of beauty, the other half, I believe, is a delighted terror. You don’t need Alfred Hitchcock to teach you this.

Fortunately, there are others tough enough to love these wild little fiercelings. In fact, in the US there are around 60 million bird-watchers (only 23 million people play baseball, so I think it’s about time we change our national sport. Also there are no dinosaurs in baseball).

You can meet some of those 60 million this weekend. May 14th is International Migratory Bird Day when people all over the world scoop up a pair of binoculars and look to the skies. 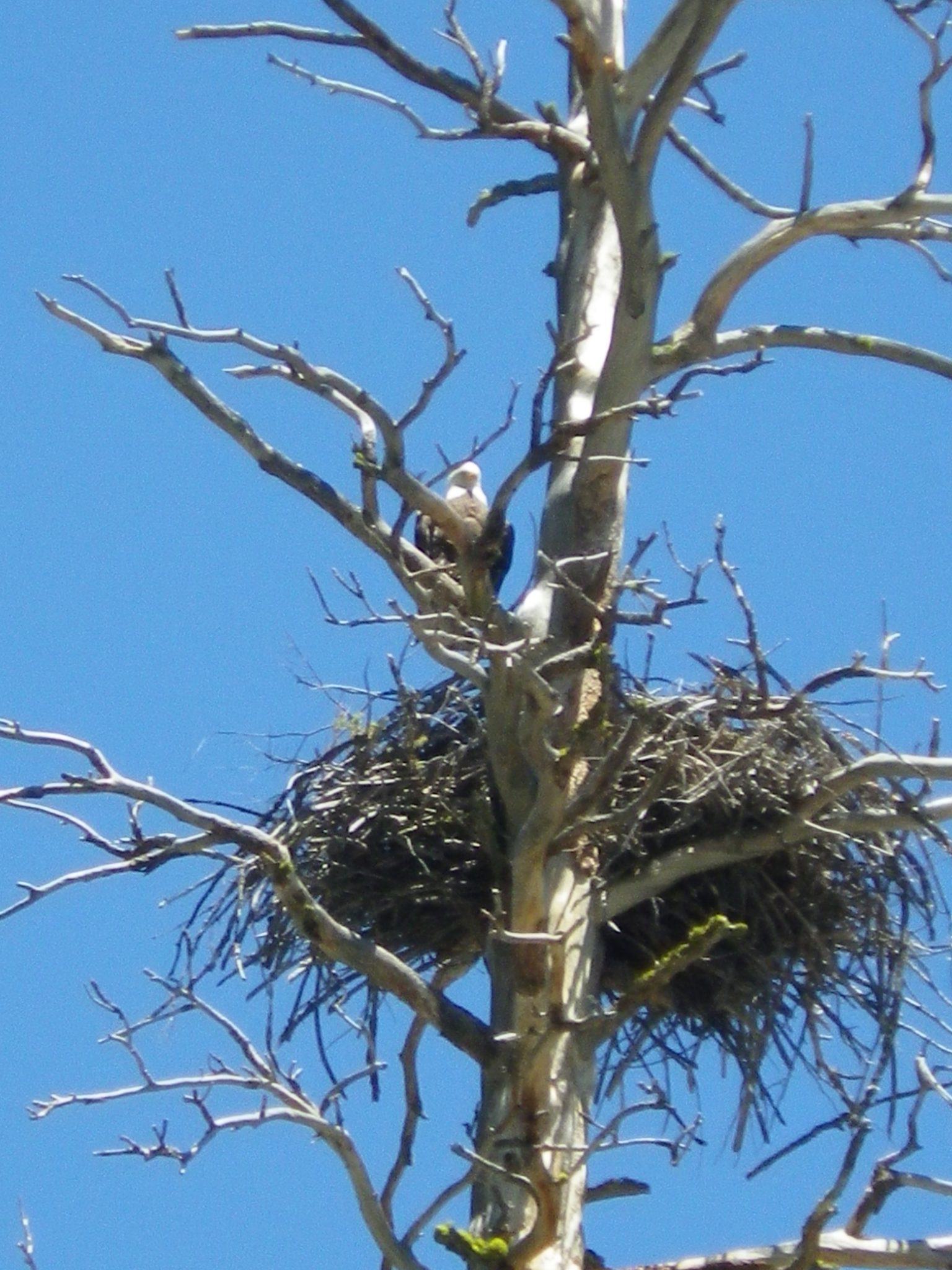 Kathi Stopher will be one of them. She’s Visitor Services Manager at the Bear River Migratory Bird Refuge, where she’s gearing up for flocks of both humans and birds for this weekend’s celebration (Saturday the 14th, 10 am-3 pm, it’s free and family-friendly, so bring the hatchlings).

Kathi and others at the Refuge will also be out at the Great Salt Lake Bird Festival (this year’s focus: the American Pelican. Yes, Utah is chock-full of pelicans — massive and creamy-white. Go to the festival and see a few).

Kathi says the celebrations this year are particularly important because we’re honoring a century of the Migratory Bird Treaty Act, where the US, Great Britain, and several other countries recognized that since birds move across borders, our efforts to protect them have to as well.

“They’re an indicator in our world,” explains Kathi. “Birds show the health of our environment. They’re the proverbial canary in the coal mine.”

This is especially true of our rivers. Over 250 species of migrating birds depend on the riverways of the West to survive. Many of them are moving closer to the fate of the other dinosaurs as water supplies dwindle. Fighting for the birds and fighting for the river means the same thing.

On the reverse, here is something to hope for: healthy, whole rivers mean a mighty symphony of birds. As you enjoy the rivers of the West, here are some of my favorite flying dinosaurs to watch out for:

In case you don’t believe me about that dinosaur part, just look more closely at a golden eagle, posing as regal as a T-Rex on a dead tree or in its wild mess of a stick-nest. The Eurasian subspecies of this bird is sometimes trained to hunt wolves.

When a wolf-hunting dinosaur is shrunk to pint-size and picks up some lovely plumage. I recognize the kestrel by its flight pattern — it can hover in place even when there’s very little wind.

Now shrink the velociraptor to a tablespoon, and you’d then have something like this fiery little kingfisher, with a shaggy crest and dapper grey-brown vest. They perch close to the edge of the water, watch with their ferocious little eyes, and dive head-first when they see the wiggle of a fish.

This is Kathi’s favorite bird, and I can see why. Though the bird is an unimpressive grey, their dance is dazzling. As they feast on aquatic insects, they dip, bowing up and down in a perpetual, mesmerizing movement. Also, says Kathi, they can seal off their nostrils and swim underwater.

Turkey Vultures:
I know the turkey vulture will win no popularity contests. But every time someone uses the metaphor ‘vulture’ for a terrible, abusive person, I seethe a little. The truth about vultures is they hurt no one, merely scooping up the already dead. Their main defense strategy is to gross out would-be predators by vomiting semi-digested carrion on them, which I call Creative Non-Violence. But watch them soaring upward in a thermal, and they’re as lovely as any falcon.

Killdeer:
A tough name for a slip of a bird, with its sudden scream sounding more like a victim than executioner. The killdeer is an actor — or a liar. To distract you from her camouflaged riverside eggs baking in the pebbles, an adult killdeer will first run away from them and call to you, and eventually begin limping about with an apparent broken wing. The idea is that predators will race toward this easy prey, and she’ll fly off as soon as you’re far enough from the nest.

Great Blue Heron:
Fine: birds can also be elegant and graceful, and fill you up with the kind of peace-that-passeth-understanding that inspires a Mary Oliver poem. But let me also say this about the stately blue heron: when ornithologists need to capture and band one of these birds, they tremble. While other birds will try to get free by attacking the hands that hold them, a great blue heron, they say, looks you sharply in the face and then shoots her razor-sharp beak straight for your eyes.

Tell me about your own favorite riverside flying dinosaurs in the comments. And be sure to honor Bird Day this weekend, either through a local event or by visiting a waterway near you . . . if you’re brave enough for the birds, that is.