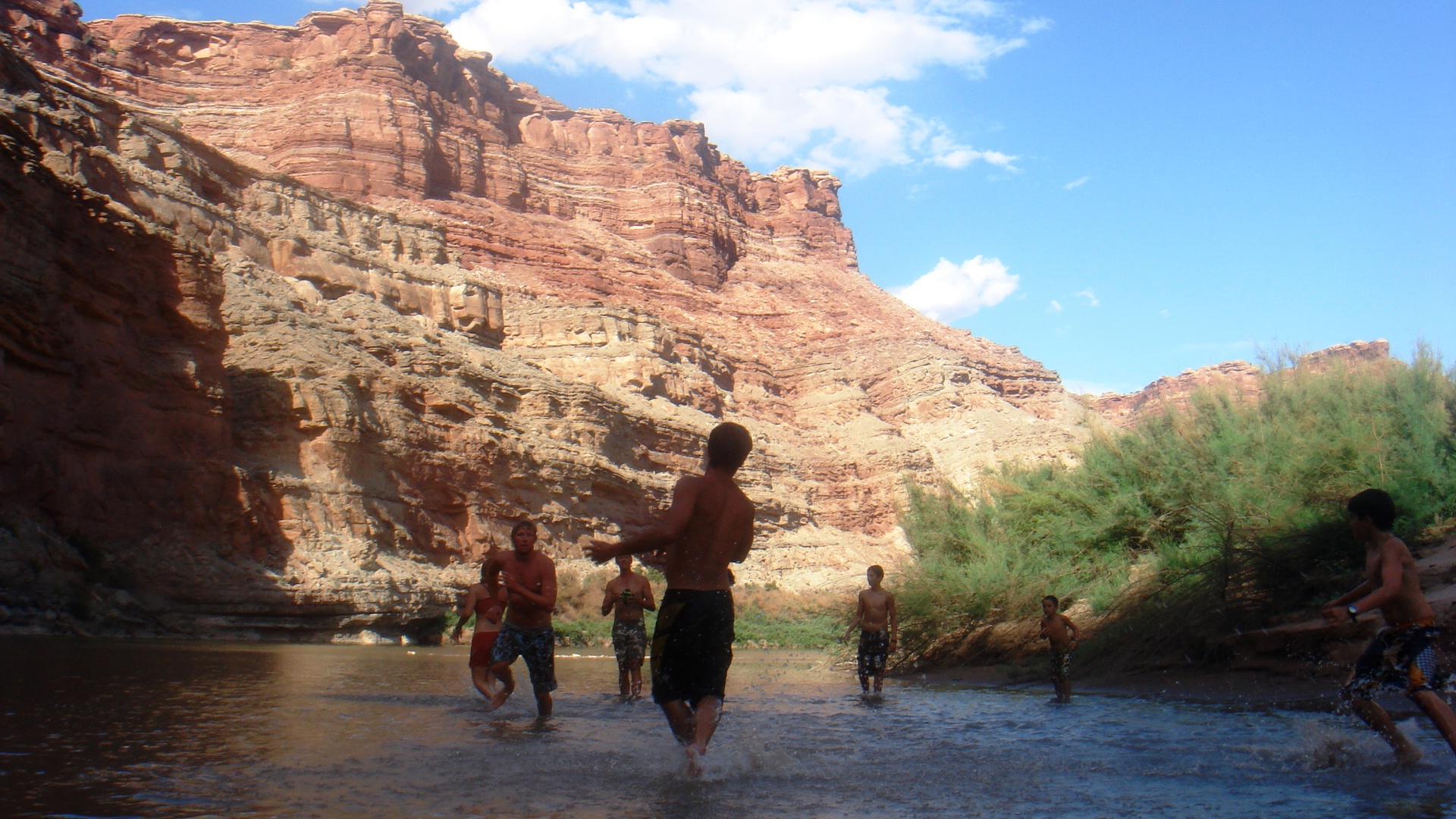 Don’t try to tell me the “Evil Weed” tamarisk isn’t pretty. I’ve scratched my skin to ribbons on those ruddy twigs, those blue-green feathers of leaves and plumes of purple dust-flowers. I know beauty when I see it.

It’s called Tamarix chinensis, as in China, where it rightfully, geographically, ecologically belongs. But it was brought here because it was pretty, by someone who forgot that all kinds of bad ideas catch the pioneering spirit in the West. Soon the plant walled up the edges of every remaining river and creek. My generation has never known these rivers without the tamarisks. 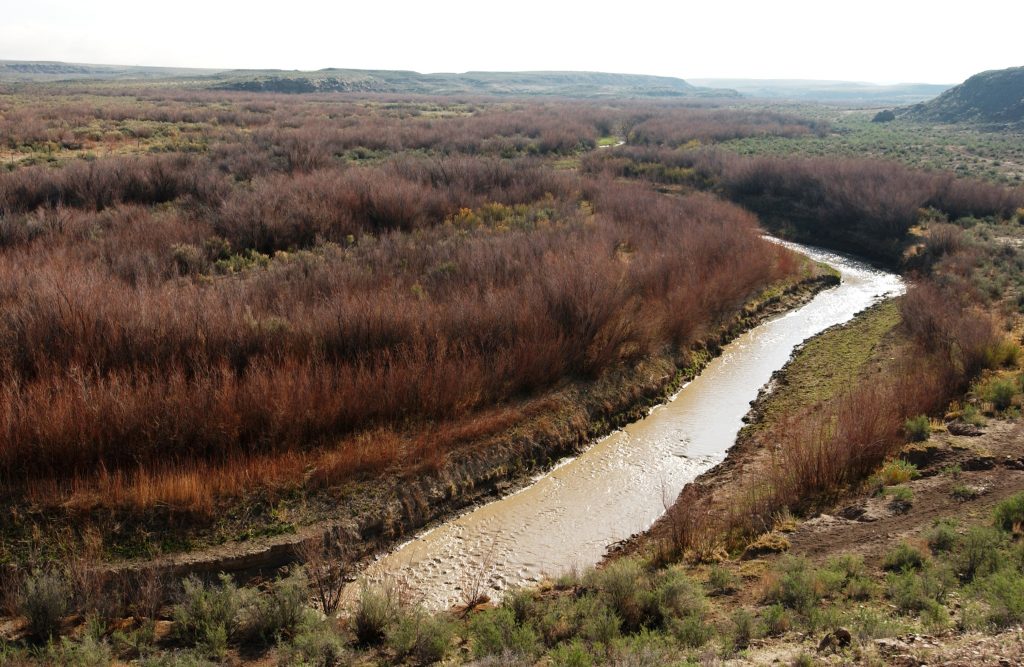 At home it grows along the Virgin River, and people driving I-15 over its fuzzy banks to get to Wal-Mart cluck their tongues in disapproval at the tamarisk instead of the Wal-Mart. Here we call it ‘saltcedar’ instead of Tamarix chinensis, because it grows even in soil crusted white, but also because you can say “saltcedar along down the crick” with the right southern Utah drawl and feel for a moment like everything — including yourself — just might belong here.

When they brought in the tamarisk beetle we worried it was all hubris. The beetle, tender yellow and the size of a watermelon seed, is tasked with chewing down the saltcedar to its sticks. My amateur observations noted a giddy uptick in populations of bats, frogs, and nightjars, perhaps eating the new insect invasive. But Mom said the tamarisk was like the fly that the old woman swallowed in that song, and afterward swallowing spiders and birds and cats and dogs would only introduce new calamities.

She swallowed the spider to catch the fly.

I don’t know why she swallowed the fly.

Maybe, I fantasized, when the beetles got their fill of salt cedar they would develop an appetite for the hot asphalt of the Wal-Mart parking lot, the grey walls of Glen Canyon dam, the metal of the day’s construction on the Lake Powell pipeline. With stomachs toughened on saltcedar there’s no telling what invaders could be next. 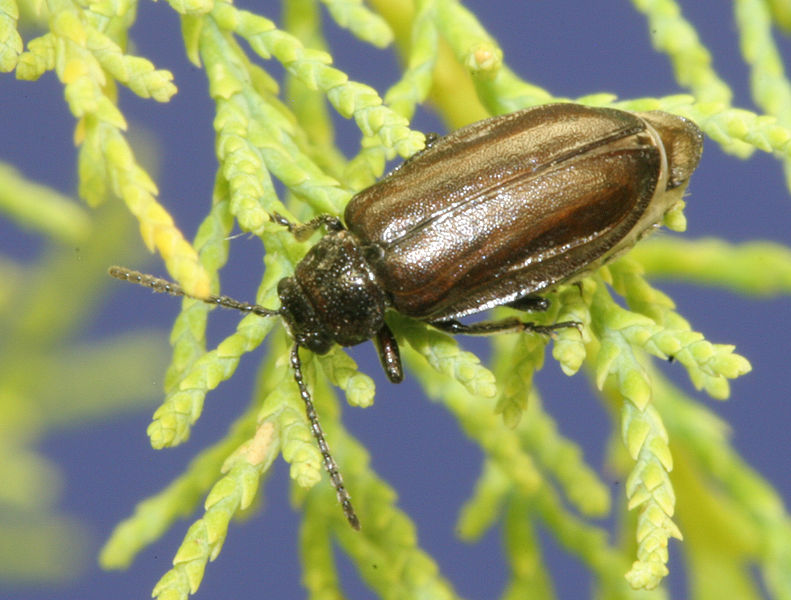 The beetle had some success and then slowed down, while the weed still sits on its haunches at the edge of the river. In the meantime ecologists, botanists, hydrologists revisit the question: is the tamarisk really a monster?


“The Monstering of Tamarisk” is the article Matthew Chew wrote for the Journal of the History of Biology. He traces how tamarisks moved from a celebrated or neglected plant to one that a major Colorado newspaper declared in 2001 to be “a water-gulping, fire-feeding, habitat ruining, salt-spreading monster.”

Chew traces early tamarisk nay-saying to a copper mine in Arizona. Since mining qualifies as ‘beneficial use’ of water while trees drinking that water is considered waste, surveyors showed that killing off riparian vegetation could ‘save’ massive amounts of water. The mine owners, who needed new water rights, first suggested they could get some water to themselves by killing off all ‘phreatophytes’ — a term that means ‘well-plants,’ or plants that don’t just rely on rainfall and streams, but also send roots deep enough to tap groundwater. Though first drafts included plans to also destroy 18 native plants, such as cottonwoods, their pleas later focused on the ultimate villain — the tamarisk, the foreign phreatophyte.

They went after the weed with bulldozers and flame-throwers, but the red sticks sprouted back even stronger. This made more fodder for a myth: cut off its head and like a hydra, the wicked weed grows two more.

After more bulldozers and herbicides and imported beetles, the tamarisk remains. Ecologists start to notice that the best way to support native plants isn’t necessarily to mow down invasives but to recreate the spring flooding patterns wrecked by dams.

And other ideas morph.

New research shows that stands of tamarisk tend to transpire (or breathe out) about as much water as cottonwoods and willows and that none of these plants are as ‘thirsty’ as they’ve been branded. The old tales that saltcedar ‘oozes’ salt from its leaves to wreck ecosystems is shifting to a recognition that the plant colonizes streams that have already become salty through irrigation flow patterns. Finally, an extensive report from dozens of scientists from the USGS, US Bureau of Reclamation, US Forest Service, and universities notes: “To date, research and demonstration projects have not shown that it is feasible to salvage (or save) significant amounts of water for consumptive use by removing salt cedar.”

Permaculturalist Toby Hemenway notes: “There is no evidence that tamarisk, the scourge of the southwest, has displaced any native species or changes riparian hydrology, and it too supports as many species as natives (including a rare flycatcher), and more species than indigenous cottonwoods.”

So why were we so eager to hate this plant? Hemenway continues: “We greatly prefer to find simple, physical causes for problems and then eradicate them. We’re very good at spotting and killing enemies, and we feel virtuous while we do it. We’re far less successful and confident when causes are multiple, the solution requires changes in our thinking, and the ‘enemy’ is our own behavior.”

I’m not an ecologist, hydrologist, or botanist, and ultimately feel unfit to tell the true story of the tamarisk. But all of it seems bigger than the question of one shrub. This story is a taproot deep in our idea of ‘Nature.’ 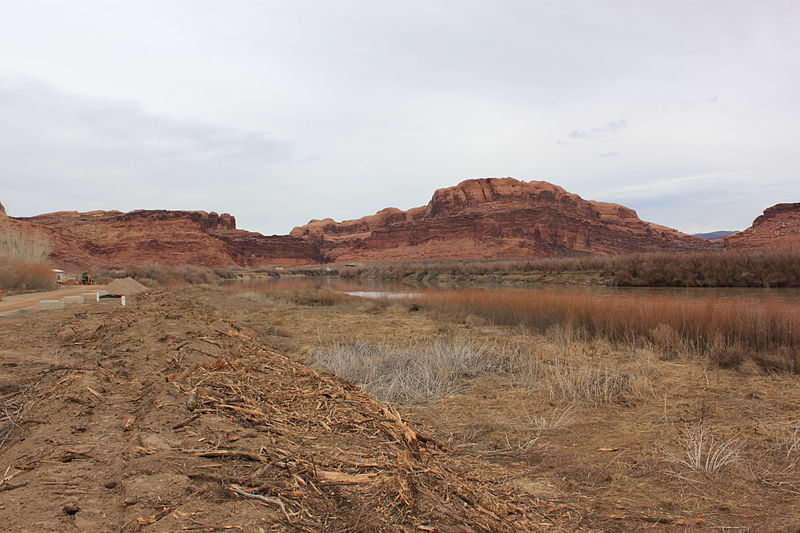 Source: US Department of Energy

In the efforts to eradicate tamarisk, through beetle-mouths and flamethrowers, I see an idea of ‘real Nature’ as static and pure. ‘Wilderness’ is ruined by a single footprint or Asian weed. Humans don’t belong here.

I heard another story about both tamarisks and ‘real Nature’ this last weekend while camping in the Book Cliffs for a demonstration against the 1st U.S. tar sands mine. Two experienced permaculturists sat by a gurgling spring at the top of the Green River watershed and taught 100 eager listeners what they meant by the maxim “the problem is the solution.”

A young Diné woman active in struggles for indigenous rights, spoke about her family’s work with tamarisk. Instead of finding ways to purify the land of the weed, she suggests that a more interesting approach is to find ways to use the plant as part of an ecological community. This isn’t the old boosterism of ag departments, planting tamarisk willy-nilly along riverbanks — this is a more seasoned and nuanced approach, that recognizes the plant’s use for wood, basket weaving, habitat, and erosion control, but also fights for restoring the river flows necessary for native plants.

In this concept ‘real Nature’ is always in flux and no species is a ready-made ‘monster.’ Even the most dire of situations holds a gleam of hope.

What does this mean at the edge of a strip mine? While mine owners were the first the blame the tamarisk for water waste, a more complex idea of tamarisk comes from those who sewed seeds into a strip-mine site in an act of civil disobedience, shoveling out swales in the devastation and planting a new kind of future.

Nature purists can only throw up their hands in despair at the view of an active strip-mine-site, or when faced with an invincible, hydra-headed shrub. But the ones willing to share space with post-apocalyptic weeds roll up their sleeves and get to work. 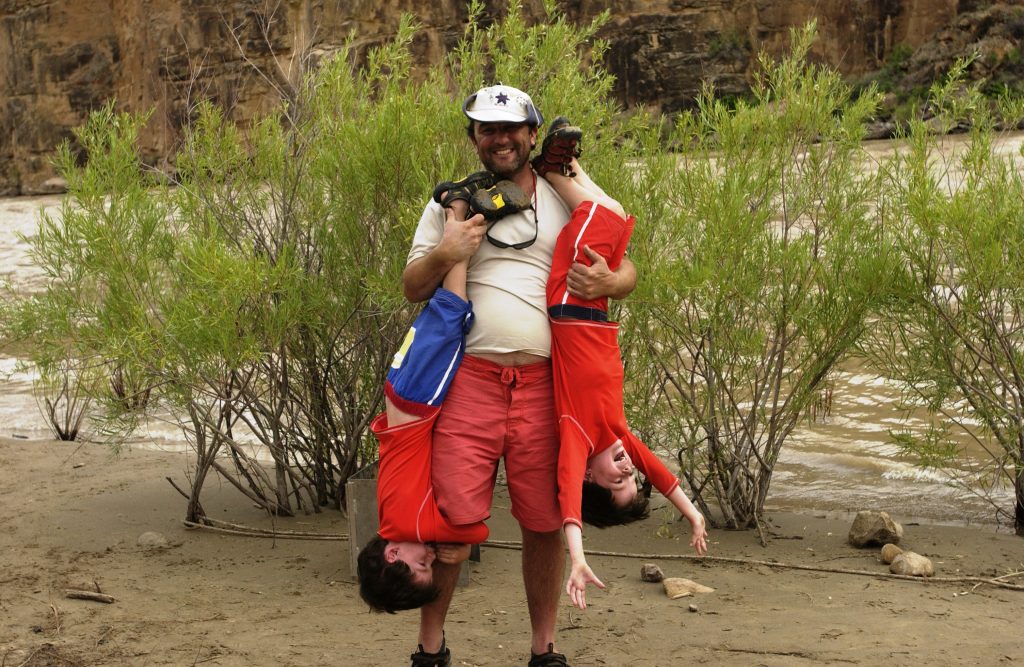 Tamarisk isn’t the only invasive species along these river banks!

For the edges of damaged rivers, this new perspective plants a little seed of hope. The rivers of the West likely won’t ever be pure. The apocalypse has come and gone and left the waters forever altered. But these rivers could be healthy, all the same. While we’re fighting for the water flows and habitat that mean survival for native species, we’re going to be sharing space with all kinds of invasives. We might find in the end that we can live with tamarisks and beetles and even Homo sapiens. We might see wilderness in ‘impure’ spaces, and fight for those too.

We might find there’s even a kind of beauty there, among the monsters.