Even the Dirt Breathes Here: finding cryptobiotic wonder at your feet 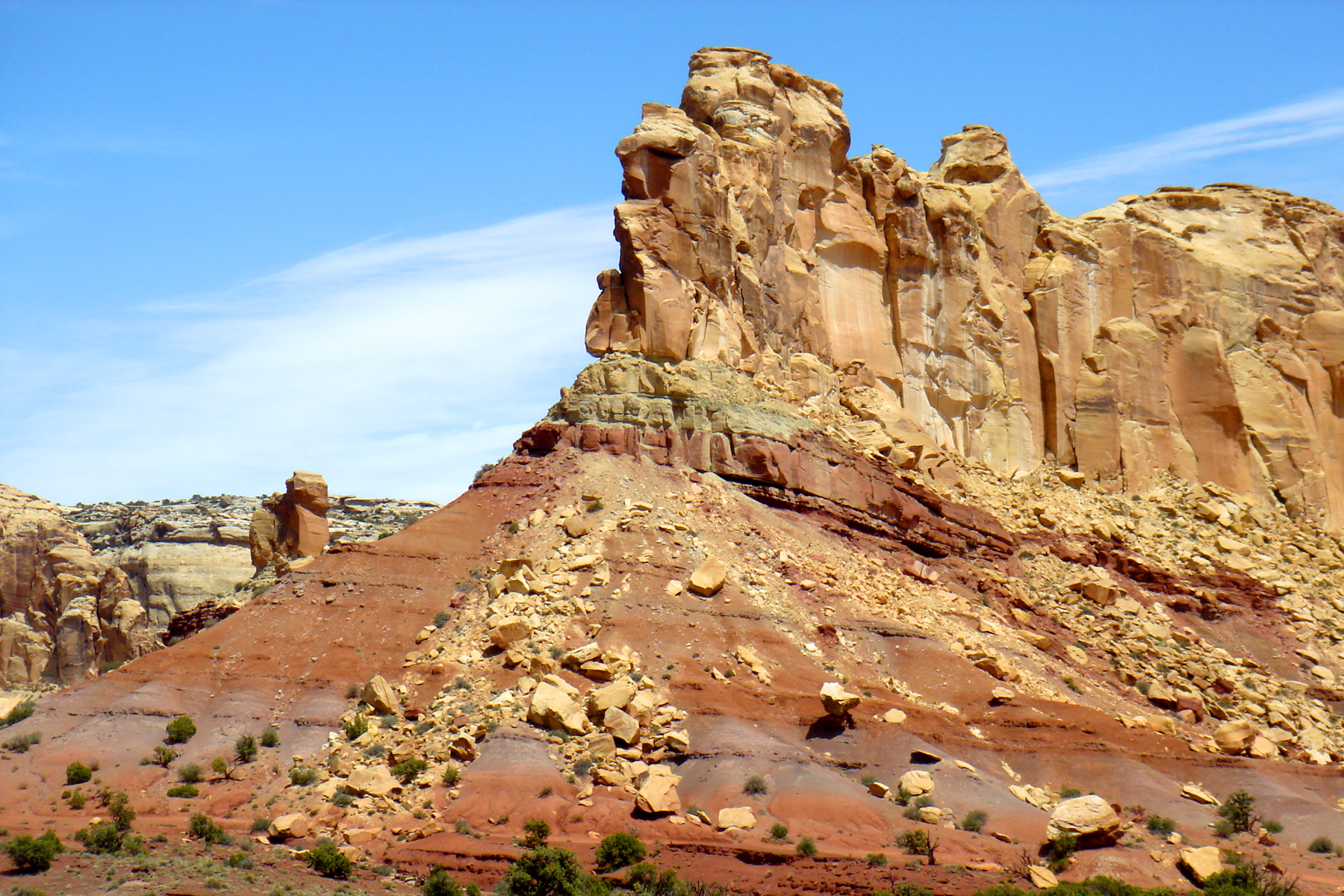 “After the one extravagant gesture of creation in the first place, the universe has continued to deal exclusively in extravagances, flinging intricacies and colossi down eons of emptiness, heaping profusions on profligacies with ever-fresh vigor. The whole show has been on fire from the word go. I come down to the water to cool my eyes. But everywhere I look I see fire; that which isn’t flint is tinder, and the whole world sparks and flames.”  — Annie Dillard, Pilgrim at Tinker’s Creek

A trip down the Colorado River means Spectacles. Canyon vistas that make you dizzy and whitewater that makes your heart race. Above you circle eagles, below you slide long pikeminnow, and out on the shore you may find mountain lion and bighorn and bear, oh my! (see some of our favorite majestic creatures here!). And if you think the day is filled with Big Things, at night you’re gasping at stars so bright you can see our entire galaxy tilted on its edge.

But when you spend enough time on the river, you learn that we can go the other direction as well. Come down to the river, as Annie says, and the whole world sparks and flames. Just try to turn your eyes from the spectacular. Hunt down the “un”-spectacular. Maybe walk a few steps onto the shore and look down on dry desert dirt. What’s awe-inspiring here? 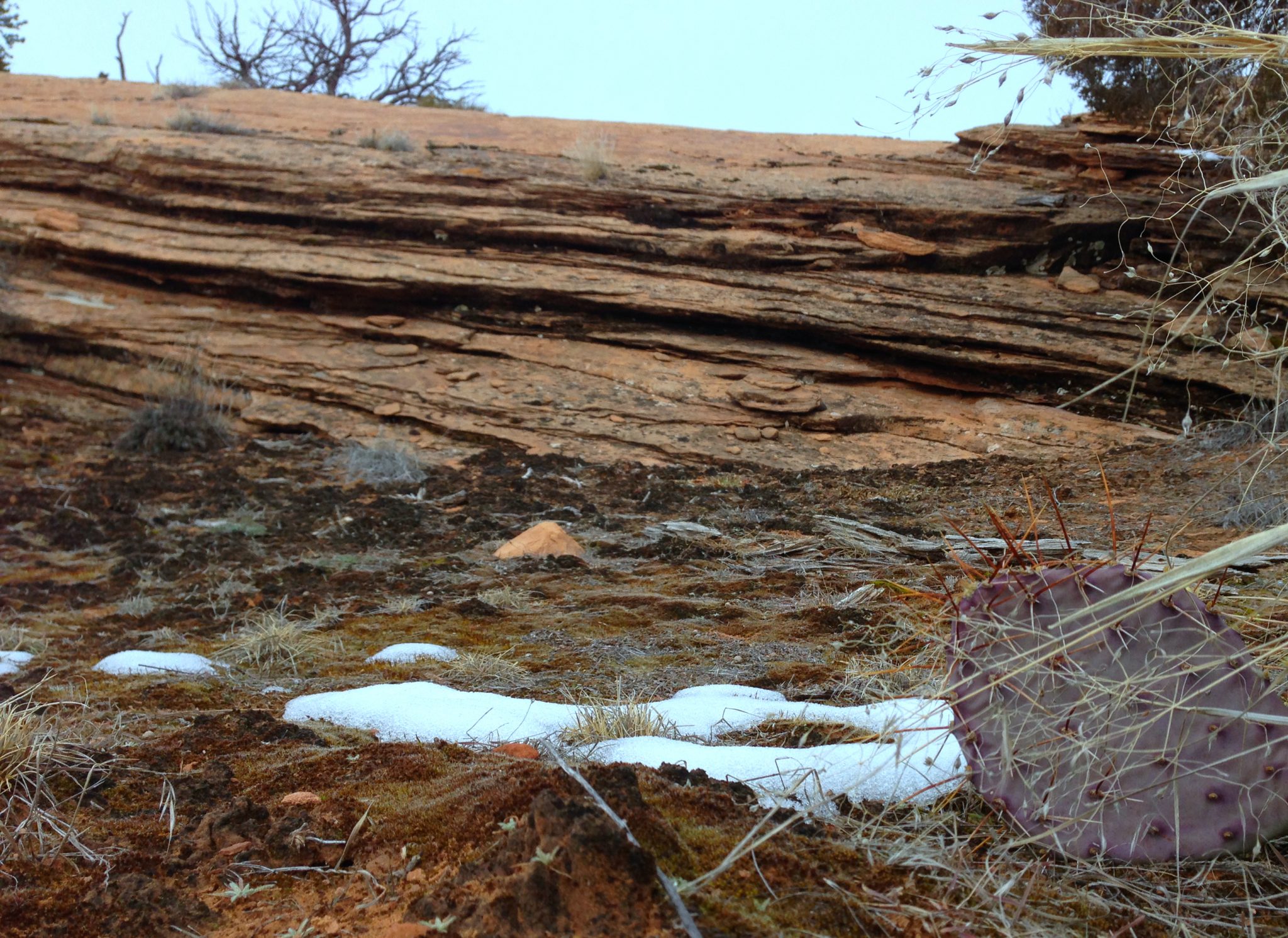 an entire universe in one square inch

Here’s the wonder: that dirt is breathing.

There’s a jungle coddled down in this dust. You’ve probably seen the soil of the desert turn dark and lumpy like the red earth has aspirations to become volcanic rock. Or whip itself into miniature spires and gullies like a scale model of some Lord of the Rings scene. And look there — is it growing fur? What is happening here?

It’s called cryptobiotic soil, which is Latin for “hidden life.” Here’s what’s hiding in that dust jungle: the first pioneers on the bare dust are cyanobacteria — the creatures that invented photosynthesis and thereby unleashed oxygen into our air (if you’ve ever breathed, thank a cyanobacterium). Cyanobacteria live everywhere, (including on sloth fur, tinting the animals green), so they’re no strangers to extremes. In the burning and freezing Colorado Plateau deserts, they form themselves into threads, knotting the grains of sand together into a rug.

Once the bacteria has woven this welcome mat, some unexpected partners move in. Usually, we think of fungi, mosses, and algae as growing only in soggy places, but when they’re together, cozy with the cyanobacteria, these organisms thrive in the dry crust of desert soils. They shape the spires and fuzzy lumps. Though we use one word to encompass all of these crusts, they’re each a teeming society, their species composition and proportions perfectly honed to their specific microclimate. It’s a little like we’re flying over the Amazon and yawningly calling it “trees.”

Cryptobiotic Soils have a use

And in case the sheer wonder of this isn’t enough for you: cryptobiotic soils also have a use. Without this crust, every gust of wind would unleash a dustbowl and every rain would choke the rivers with dirt. The flowers and shrubs around crypto will always be more full, lush, and healthy than those growing from bare dirt because cryptobiotic soil makes nitrogen and all kinds of micronutrients available to its botanical neighbors. While native plants have seeds adapted to drilling through this crust, nasty invasives like cheatgrass have a harder time of it, making crypto a natural barrier to their spread. As it does all this, the crypto, which covers 70% of the land in some deserts, is also breathing in and holding carbon from the atmosphere.

But like so many of the desert’s beauties, this breathing soil is fragile. Large-scale problems like climate change can kill off this soil, but so can boisterous ATVs and even more humble foot traffic. Once the crust has been busted, recovery can take an infamously long time. In some places, that time is measured in centuries.

A soil scientist once complained that ‘crypto’ is a misnomer because we now know exactly what’s there. This life isn’t exactly hidden. But still, too many of us overlook the bustling, tiny community that holds the earth together, with consequences not only for this land but also our own wonder-starved souls.

So if you’re on a trip with us and your guide warns you not to “bust the crust,” take the chance to look down from the Big Things of the desert and allow yourself a little astonishment for the extravagance breathing under your toes.

For more on this scintillating soil crust check out this recent Moab Sun-Times article from Science Moab!