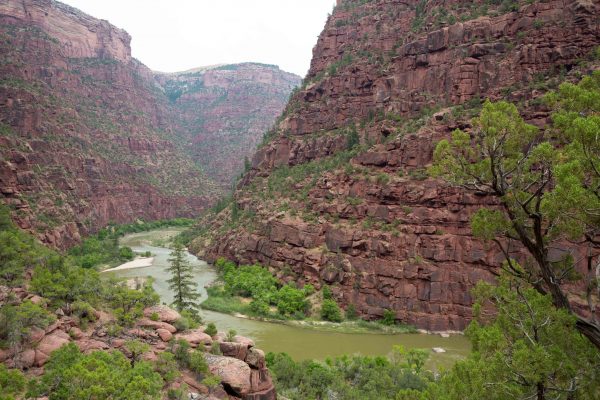 Ryan Zinke, Trump’s appointee for Secretary of the Interior, is an all-American guy. Evidence: he was a Navy SEAL, he once called Hillary Clinton the “Antichrist”, and perhaps most importantly, he rides a horse to do his government work.

Ryan Zinke wants to live up to his rugged, western predecessors, like Teddy Roosevelt. Hence, he has taken on that age-old American tradition of ‘streamlining’ the federal government.

“Taking inspiration from Powell’s concept of watersheds,” Zinke said in a recent video announcement, “we are looking at reshaping our current bureau based system of regional management, and moving to a system based on ecosystems, watersheds, and science, rather than the current state or regional boundaries.” 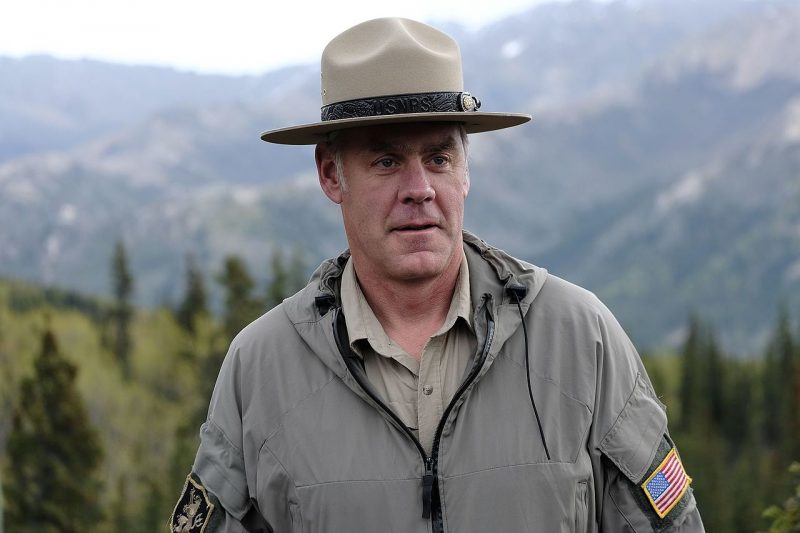 I think every American can agree that his plan sounds pretty good. Certainly, the system of public land management we have now isn’t ideal. But there’s just one problem: Zinke’s plan has absolutely nothing to do with John Wesley Powell’s ideas or legacy, and seems more like a thinly veiled attempt to strip his own agency of staff, regulatory power, and democratic representation.

As river-runners, desert rats, and environmentalists, we take these issues pretty seriously. So, you’ll have to excuse my snarkiness here. It’s just that Zinke has messed with the legacy of the wrong one-armed explorer-naturalist-river runner-ethnographer-conservationist in his plan for the dismantling of the West.

What exactly is Zinke’s plan here? 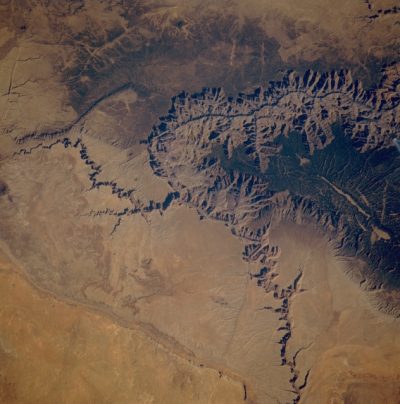 That’s a good question and one that doesn’t seem to have a straight answer. If you were to watch his whole video announcement of the reorganization attempt you might think it was about making the department more science-based, accountable, and flexible. In the video Zinke says that things like the department’s “budget, personnel, and legal” matters will remain virtually the same.

However, reading about the plan in the Washington Post leaves a different impression.

The Post states that this would be “the largest reorganization in the department’s 168-year history, moving to shift tens of thousands of workers to new locations and change the way the federal government manages more than 500 million acres of land and water across the country.” The article explains how creating the 13 proposed watershed regions would require all sorts of federal and interstate cooperation (and we all know how well the government is cooperating these days…).

But, upon closer inspection, I am doubtful that Zinke’s plan was ever meant to be in the spirit of cooperation in the first place. After all, the plan would completely eliminate certain offices, such as the Bureau of Indian Affairs’ Navajo Office, and it would ruffle the feathers of many others. The plan seems like the sort of autocratic move that happens in military organizations rather than democracies.

Former Interior Secretary Sally Jewell told the Post, “I will say most people view this not as an attempt to streamline but an attempt to downsize” the Interior’s workforce. This would make sense, given that Zinke defended a proposed $1.6 billion budget cut to his very own department, and has suggested cutting 4000 jobs, or about 8 percent of the department’s full-time workforce.

The director of the National Resources Defense Council told the Post that she isn’t expecting anything positive from Zinke’s plan, given that “Virtually everything Secretary Zinke has done to date has been to advance fossil fuel interests — above the stewardship of our public lands, preservation of wildlife and protection of clean air and water.”

And so, what does any of this have to do with Johnny Powell? 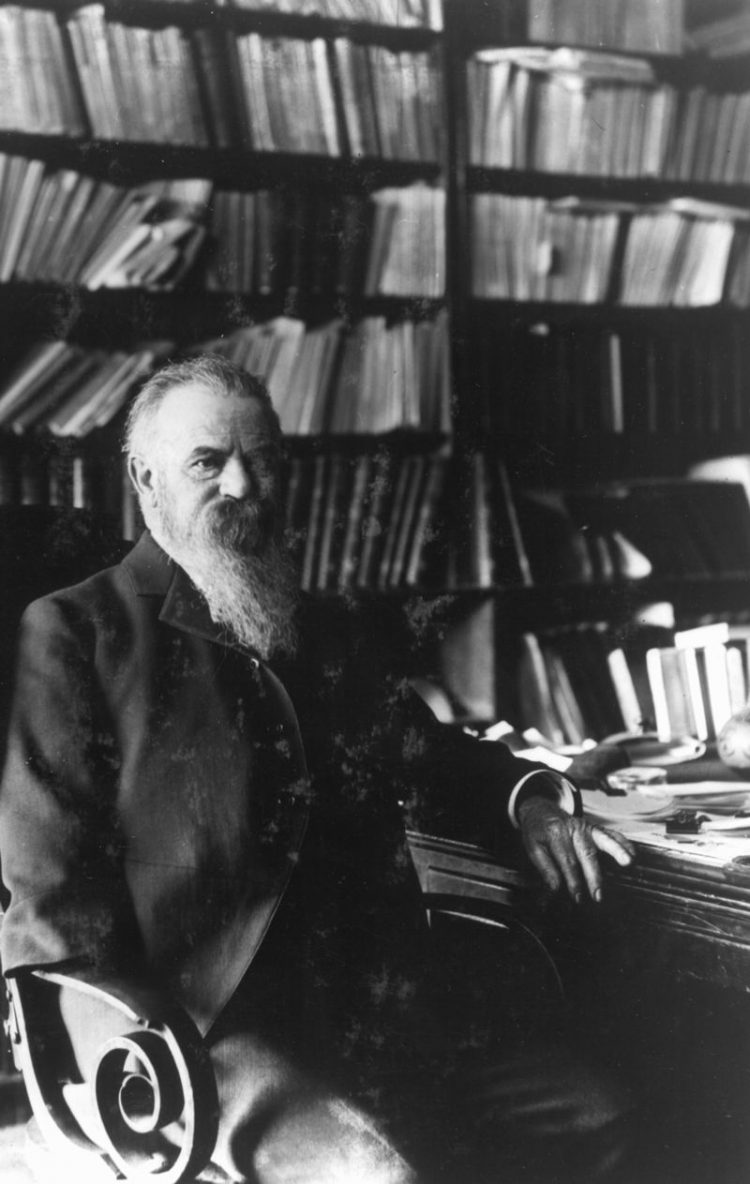 After spending years exploring the arid regions of the west, meeting their indigenous inhabitants, and gathering scientific data, John Wesley Powell did recommend to the U.S. government that the west be settled in a way that was consistent with the ecological realities of the area. Most importantly, that it be settled in a way that recognized and respected the scarcity of water in the region.

Powell’s assessment was given to the interior secretary and congressional members in 1878. You can read the entire “Report on the Lands of the Arid Region of the United States, with a More Detailed Account of the Lands of Utah” for yourself, if you would like. Even a cursory overview of the document makes it clear that what Powell was recommending was far from Zinke’s plan in 2018.

First of all, as Outside Magazine states, “the West today is one of the most heavily engineered landscapes on earth, where water is pumped over and through mountain ranges, and alfalfa is grown in deserts.” This is a far cry away from Powell’s west, where indigenous settlements dotted otherwise human-less landscapes for hundreds of miles in all directions, where there was not a single dam on the Colorado River.

Powell’s plan was meant to prevent exactly what was to come: the development of sprawling, wasteful cities and destructive, corporate agriculture. Zinke is not a rebel against this development of the west, but rather a product and a purveyor of it.

Powell stood up to extractive and development industries, suggesting that communities be given direct control of their resources after careful, scientifically informed government oversight. Zinke has shown what he thinks of local control of resources with his move to end the moratorium on coal mining on public lands, his resistance to protecting the endangered sage grouse, and his push for increased offshore drilling despite nearly universal opposition. Zinke may ride a horse to work, but he’s clearly no friend of a wild west. 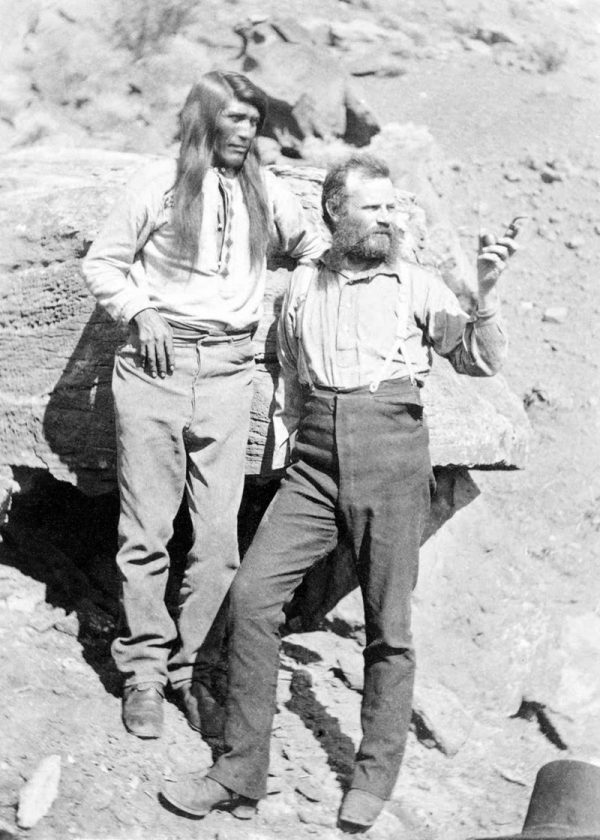 One of the most blatant and offensive disparities between Powell’s legacy and Zinke’s actions concerns respect for Native American sovereignty. While most of the country was trying to forcibly remove and relocate Native American tribes to make way for white settlement and development, Powell was befriending Navajo, Paiute, and Ute folks that he came across in his travels. At one point he became head of the Bureau of American Ethnology and produced a map of Native American languages in the West. While Powell’s research and opinions don’t exactly make him a social justice hero, they are certainly more sympathetic than Ryan Zinke’s.

Zinke, in a recent interview with Breitbart, suggested that Confederate monuments need to stay up because if they come down it’s a “slippery slope” that could lead to Native Americans complaining about monuments to General Sherman or President Grant. Just to be clear, General Sherman once wrote, “the more I see of these Indians the more convinced I am that they all have to be killed or be maintained as a species of paupers”.

But perhaps more alarming than his comments are Zinke’s policies. He recommended the enormous downsizing of the recently designated Bears Ears National Monument, which was supported by local tribes and could have been an avenue for meaningful tribal governance of federal lands. Of course, as mentioned above, Zinke’s new scheme to reorganize the Interior would eliminate tribal governance.

Powell’s legacy is one of cooperation, preservation, and resistance

When Zinke talks about “Making the Department of the Interior and America great again,” he shouldn’t use Powell’s name. This mythical past where America was ‘great’ has nothing to do with Powell, who saw the wild west not as a frontier to expand into, but a stunning, unpredictable, wild place that should be approached and settled carefully, if at all. Zinke’s real forebearers in this ‘reorganization’ are the very mining companies, water corporations, and agriculturists who Powell spent his life fighting against.

If we want to follow in Powell’s footsteps we need to do more than run the rivers (but let’s definitely still run the rivers). We need to respect Native American sovereignty. We need to call out the short-sighted land grabbers and polluters. We need to always fight against the continued exploitation of this beautiful, arid west.