Deserts vs. Deserts: Not What You’d Expect 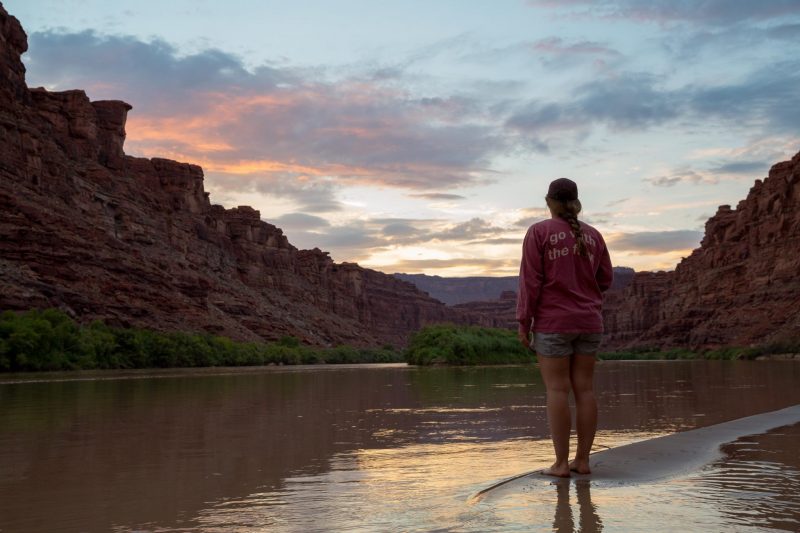 Last night, I went on a hike in the nearby Cienega, the Spanish word for marshlands. There, I saw a skunk and thousands of sunflowers nearing their bloom and a tarantula and enormous beetles that sound like helicopters as they buzz by your head. This morning, I awoke to a rancorous thunderstorm, the typical start of another day here, deep in the Sonoran Desert, where in late July it feels more like the Amazon Forest than Death Valley. 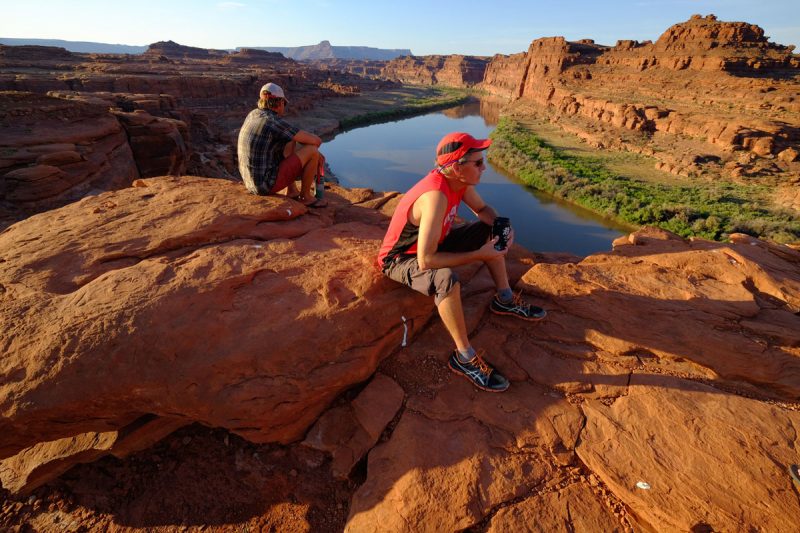 Growing up, the desert meant orange, layered sandstone, and the smell of sage. It meant arches and canyons formed by rivers both ancient and contemporary. There was never the emptiness that’s often ascribed to deserts, but rather a fullness of sky and mesa, of spectacle. The Colorado Plateau was the desert I was raised on, the place that taught me to love the scrappy coyotes and the vast lines of taupe; the crispy, hot air.

But out here in the Sonora, it’s downright muggy. The plants grow around me up high and then back down, I’m draped in greenness like standing under a weeping willow or in a jungle thicket; this desert is excessively alive, choking with flower and seed. There are mountains here, not towering and isolated like the La Sals, but everywhere and smaller like North Carolina, full of jagged, hard rock. It smells like Creosote now, during the monsoons, which make the summer rains of the Colorado Plateau look like the accidental drip of a leaky faucet. This is another kind of place.

It can be hard to remember that a desert is just a place that receives less than 10 inches of annual precipitation. Every other factor is up for grabs. They can be hot or cold, high or low elevation. Deserts can contain rivers and lakes and even butt up against oceans. Desert ecologies contain abundant and diverse forms of life. 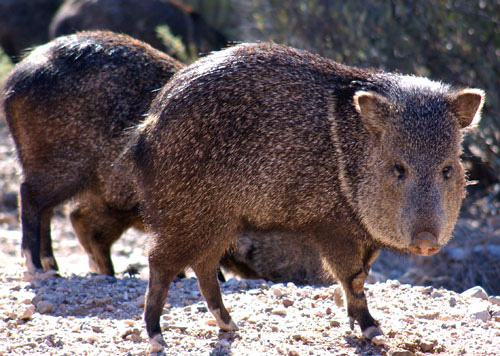 You won’t find a javelina in Utah, and there are no black bears down here in Southern Arizona. The brilliant riparian zones along the Colorado River are nonexistent here, where all that’s left of the major rivers are wide arroyos that fill up for several minutes during a storm only to empty out an hour later. The Sonoran Desert receives storms that blackout the sky for miles on either side of you, and that drop inches and inches of precipitation in a single burst, meaning this land can support all kinds of plants that would wither in the nearby Mojave or Colorado Plateau. The average low temperature in January in Duchesne County, on the northern end of the Plateau, is a brisk 9 degrees, while down here in Pima County, AZ, it’s just 41 degrees.

These desert ecologies are, in short, astoundingly different.

But one thing that they do share is that they are threatened by us, by humans.

In the Sonora, invasive birds are moving in as endemic species of frogs, toads, birds, and plants are feeling the effects of longer, hotter summers due to climate change. The rivers don’t run because they are being drunk up by agriculture and golf courses upstream. The endangered pronghorn and bighorn sheep are affected by increasing human development and an enormous, active bombing range. Just last month, it was discovered that one of the two known wild jaguars in the United States (both of which roam in the Southern Arizona mountains) was killed by a hunter. 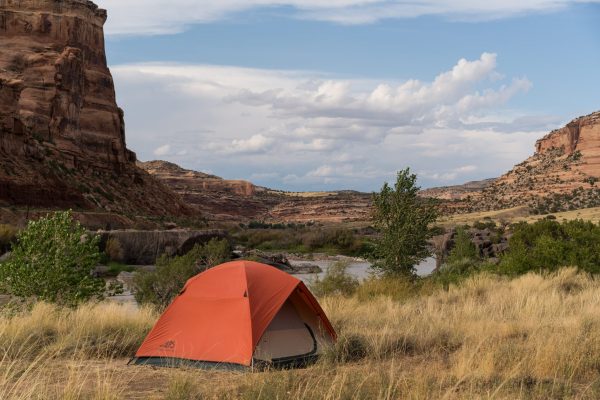 Climate change can also be seen at work in the Colorado Plateau, where decreases in plant life have led to dramatic erosion. Flash floods worsen, rock erodes, and the magnificence of the landscape is forever altered. The Plateau’s riparian communities are drying out and becoming invaded by invasive microorganisms. As Ed Abby was already documenting in his grumpy manifesto, Desert Solitaire, national parks and other recreational activity in the area have diminished the rock structures, the soil, the wildlife, and the peaceful enjoyment of many a desert curmudgeon.

It would be nice to say that we’ve learned our lessons, that things are getting better in terms of environmental protection. But that couldn’t be further from the truth. The Trump Administration is trying to gut the Endangered Species Act, consolidate the Department of the Interior, eliminate the EPA. They want to build a literal wall through one of the most important bioregions in our country, cutting the land of native species and native nations down the middle, blocking the natural migrations of many species, including human beings.

At the root of all this is a huge failure of understanding desert ecologies, or ecology in general.

In the popular American imagination deserts are empty landscapes on which to lay our fantasies: cowboys, oil rigs, Las Vegas, suburban sprawl, and roadside diners. We see deserts as a monoculture, the same in their supposed emptiness, never mind that when settlers first came across these places they were full of not only plants and animals but thriving human culture. Rather than appreciating the rich, diverse, fullness of deserts, we see them as a threat to our infinite progress, to the comfortable, air-conditioned lives that we’d like to live.

But, take a few weeks off of work, and drive through the Southwest, from Joshua Tree to Ajo, from Tucson to Santa Fe, from Cortez to Moab, from Green River to Reno, join us on a river trip or two, and you will feel like you’ve been on a tour not through a single ecology, but through a whole solar system of planets, each one with its own spectacular cultural, biological, and geological history. Until then, just trust me that the Sonoran Desert can feel like the Amazon in late July.