Days on the River Turns Cousins into Friends 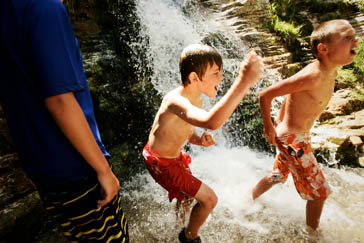 Connected by Family Ties: How Days on the River Turns Cousins into Good Friends 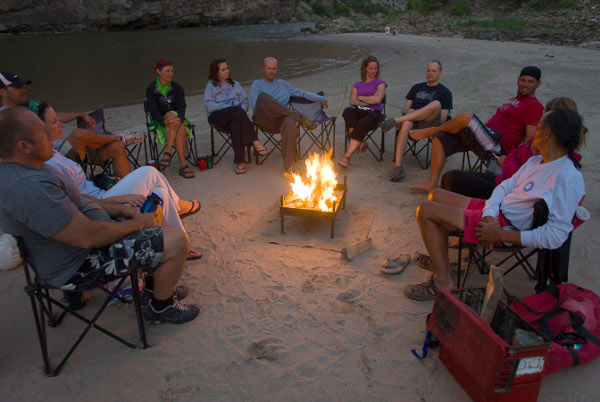 Connected by family ties, holiday cards, and an annual crossing of paths, was the extent my boys and their out-of-state cousins knew one another. After five days on the river together, this connection evolved from being acquainted with their cousins to loving their cousins. This foundation of friendship and affection for one another would make those annual family gatherings and holiday cards that much more meaningful.

It didn’t matter that their cousins were girls and older, the playground of the river and beaches transcended the differences in age. They all loved swimming, the rapids, playing raucous games on the beaches, and cheered one another on when someone navigated the ducky through some lively, littler, rapids.

“After not seeing my cousins in a year I was concerned at first about how well we would get along, but once we were on the river everything changed,” said my niece, Audrey. “When going down the rapids everyone’s screaming at the top of their lungs, and during the calm stretches we socialized on the boats and laughed a lot.” Her sister, Claire added, “with my trusty notebook and gaming devices gone, there was only one form of entertainment: socializing. With these distractions gone, I learned a lot more about my cousins and really bonded. We need more time like this with each other.” 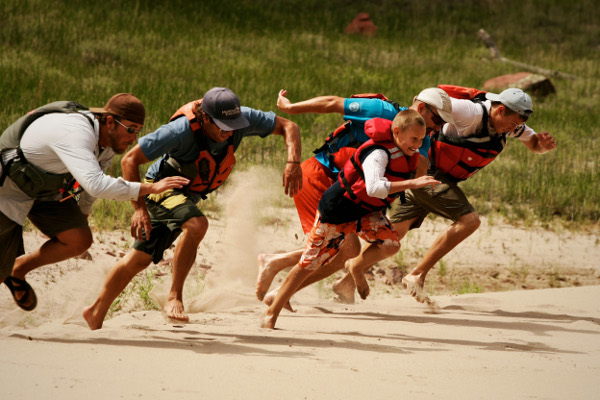 While the kids were responsible for a good attitude, the guides (some of them part kid themselves) initiated games and silliness. It quickly melted any shyness or uncertainty away, not just for the kids on the trip, but for the adults too.

The kid-action and playfulness on the trip disarmed the adult guests who initially cringed when they found out they were spending five days on the river with a number of kids. Jon Bridgford, whose children are grown, recalls that initial feeling but then it changed. “Being around all those kids, ended up being a special part of the trip for me. I don’t see kids that age anymore, and I immensely enjoyed watching them play together so well,” said Jon. “It made a part of me miss that I hadn’t done a trip like that when I was younger.”

While my boys were not near as articulate as Audrey and Claire in expressing what this trip meant for them as cousins, both boys replied without hesitation that the best part of this trip, “by far,” was having their cousins there. That means they were more fun than the biggest rapid, Vinegar Creek. And Audrey’s jokes and stories, and Claire’s drawings and sand-sculptures, were more interesting to them than the rugged, cowboy history of the area and wildlife sightings.

Only minutes after we drove away on that last day, my son Riley looked out the window and said, “I miss them already.”