Critters On The River 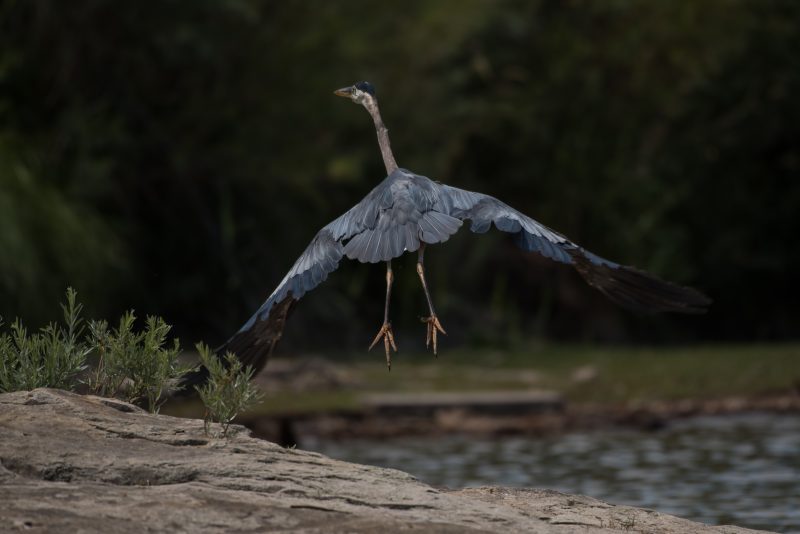 Critters of the Colorado Plateau 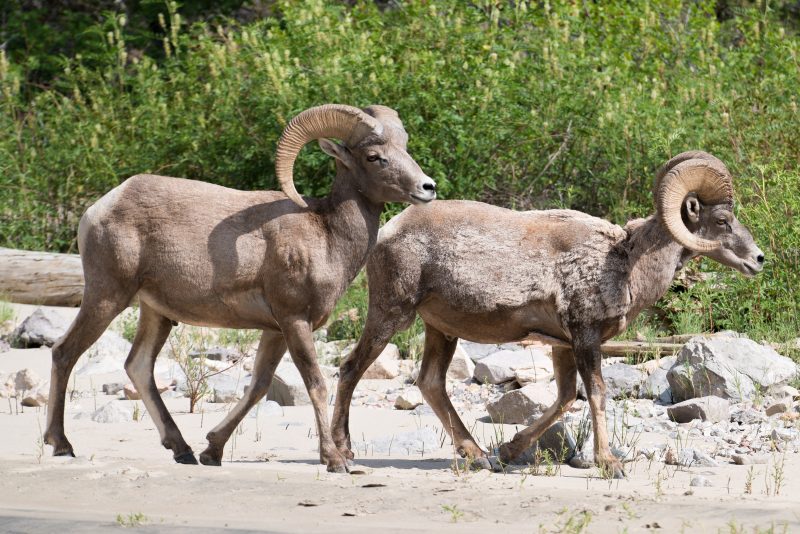 Critters On The River of the Colorado Plateau System. As you float through winding tall canyon walls, or hike up rambling drainage’s, the desert may appear to be desolate. Stone, sand, and sky comprise the landscape. But look closer, and you start to see a lot of life. Alongside the rivers and creeks, reeds and willows grow abundantly and foster thousands of species of mammals, reptiles, and insects. So what are you likely to see? Well, it sort of depends what you’re interested in and if you’re looking up, down, or directly at the river bank. But let’s start with the basics…

The most common animals you’ll see along the river will be mule deer, squirrels, ravens, and lots of bugs buzzing around. Mule deer are skittish little ungulates, similar to their whitetail cousins, but with larger ears. Often if you walk up on one, it will stare at you for a moment, then  quickly bound away. The raven is a desert motif. Their black silhouette is ever present against the blue sky above. Their call changes from region to region, but you’ll know it when you hear it in the canyon country. Insects of all sorts will join you on your adventure, and usually they are harmless. Once in a while, you’ll see a swarm of honey bees or an exotic spider (arachnid!).

Up in the sky! 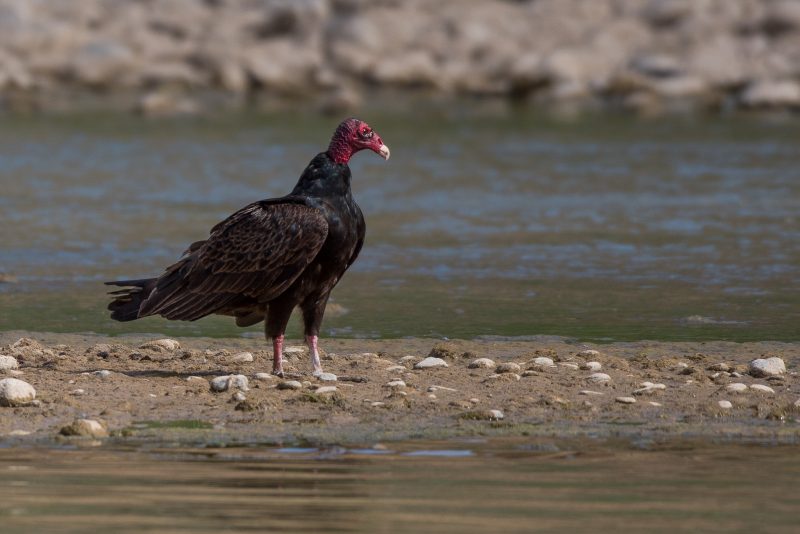 Less common than the raven are birds of prey. Several species of raptors live on the Colorado Plateau but the ones you are most likely to see are the red-tailed hawk, peregrine falcon, and the grand golden eagle. Each of these birds are regal in their own way, and it can be difficult for most to tell the difference. They will have brown and tan feathers, and the hawk and falcon both have white undersides. The main differences will be the size. The falcon will be smallest, about the size of a raven. The hawk is larger, about a third again the size, and the golden eagle will be huge, two to three times bigger than the hawk. The eagle will also be a more solid color, brown or, well, gold.

A turkey vulture will often resemble some of these raptors, and there are a couple ways to tell the difference, but the one I often look for is in the head. A vulture’s head will be smaller and bald.

Often times you won’t see birds at all, but you’ll hear their call. Learning bird calls can turn into a lifelong hobby, but the one I always listen for is the descending call of the canyon wren. It’s a chirp that has the same cadence but it’s pitch drops as it sings. Listen to an example here: canyon wren call. it is affectionately called “the song of the desert.” 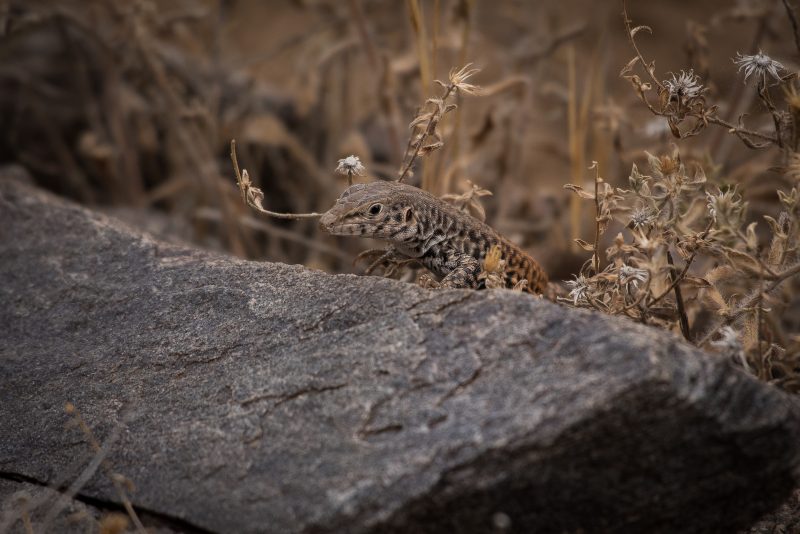 When I first ventured to the desert 10 years ago, I couldn’t believe the variety of lizards scampering over hot rocks. To my East Coast mind, desert lizards were something out of a storybook. But they are very real. The most common are the collared lizard, which have a little collar, and the whiptail. The collared lizard will have some yellows and greens whereas the whiptail will be a grayish color. The whiptail has stripes going down its body vertically. And yes as far as reptiles go, there are rattlesnakes. Fortunately, they will let you know they’re there! 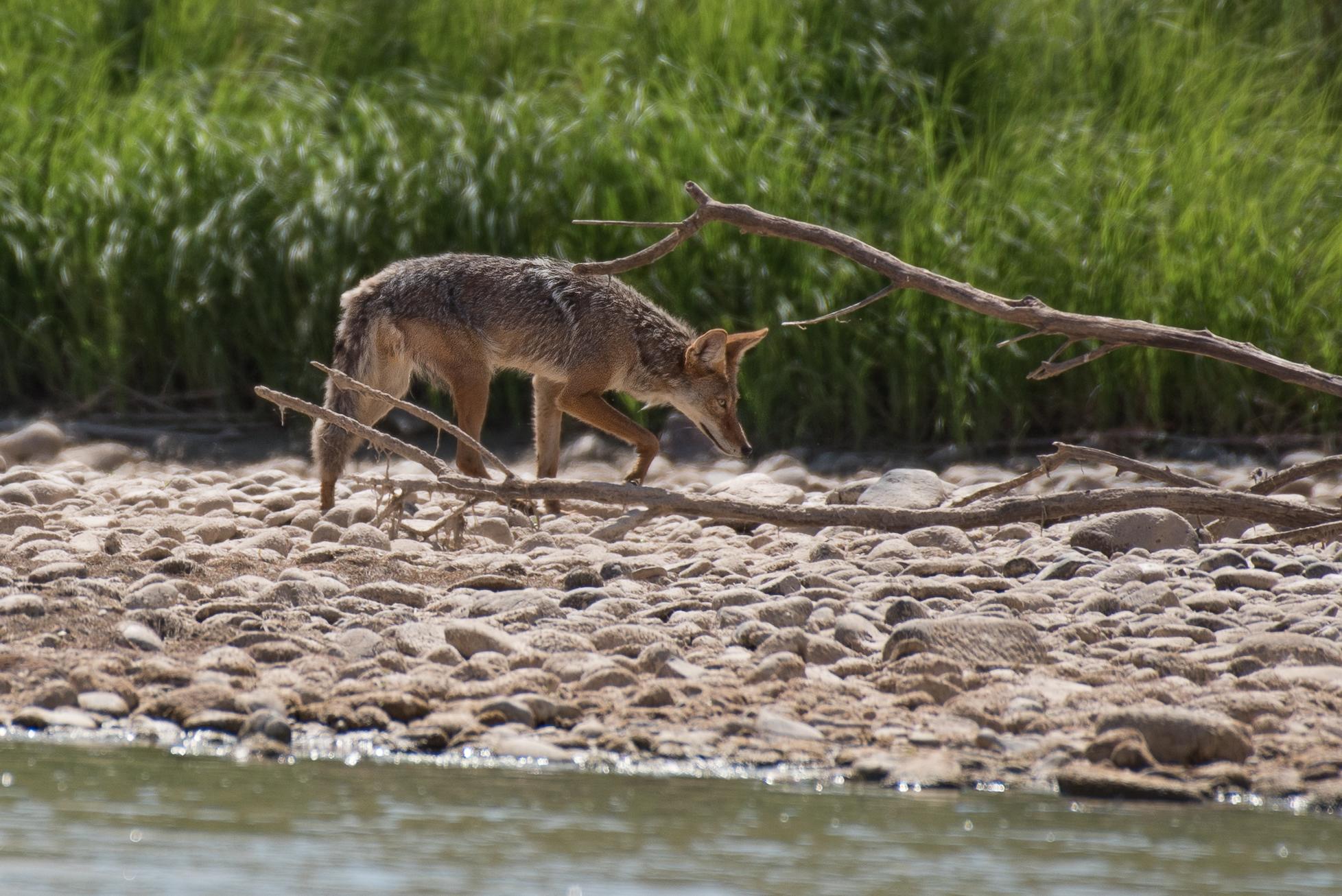 Apart from squirrels and deer, you’re likely to see jackrabbits (common desert hare) and almost definitely you’ll hear coyote chattering in the night. A more rare classic desert critter you might be lucky enough to see along the banks of the river is the bighorn sheep. The sheep was the main source of protein for the ancient people that long inhabited the region, and you will often see them depicted in rock art. With their curling horns and nimble movement among the cliffs, the sheep are beautiful animals. In the early summer you might be able to see their adorable young. They often come right down to the water’s edge so you won’t even have to leave your boat to see them. In some places along the river, we are not allowed to go to shore as a way to give the animals space.

While seeing all of these majestic animals in their natural habitat on a rafting trip, we must remember that we are visitors and can easily damage their livelihood. Main ways we can harm them is to feed and touch them. Especially with the mammals, give these creatures ample space. Ideally they shouldn’t even know we are there. If we want them to thrive, it is up to us to protect their natural patterns, which we are not a part of. Take only pictures and tread lightly. 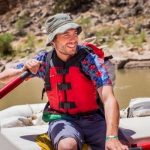