Discover the Story of Polly Bemis & the Salmon River 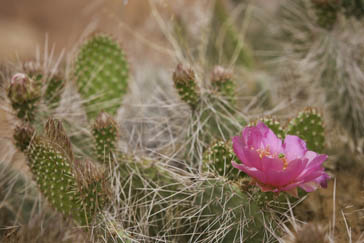 Sold by her own father to bandits during a time of hardship (or so the story goes) and shipped from her homeland of China off to America’s wild west around 1871, an eighteen-year-old Chinese girl who spoke no English was an unlikely candidate to go down in Idaho river runner lore. But the surprisingly resilient young woman had the chops to survive and eventually thrive in a strange land. She left her enduring legacy on the shores of the River of No Return, Idaho’s beautiful Salmon River, and spurred the romantic idealizations of generations of Idaho river rafters with her interesting story.

When she first landed in the States, she was auctioned off as a slave or a concubine for a reported $2,500 to a Chinese man from Warrens (now called Warren), Idaho, who had his new acquisition sent there via pack train to help him run his saloon, which catered to miners. Polly, as she was named, worked for him for several years, learning the language and how to cook American food. Eventually she gained her freedom, possibly because her owner died or even returned to his native China. Popular yet uncorroborated legend, however, has it that a man named Charles Bemis “won” Polly in a poker match with her owner. (Polly herself denied the rumor in her later years.) Charlie, a New Englander lured West by the promise of gold who eventually realized he was better at gambling and fiddling, and Polly had became acquainted while she worked in the saloon. After Polly became a free woman sometime before 1880, she entered Charlie’s employ for many years as his housekeeper, also managing his boarding house.

In 1890, Charlie took a bullet to the face during an ugly dispute over a card game and almost died. Polly nursed him back to health, and the two wed in August, 1894. They left the boarding house business and settled with a placer mining claim along the Salmon River about seventeen miles from Warren, where they remained for nearly thirty years. Polly gardened, raised chickens and cows, and became locally renowned for her friendliness, compassion, and kindness to animals. Polly and Charlie supposedly even had a pet mountain lion, which people said ate from a tin plate nailed to their table and enjoyed strolling across the roof of their home so as to better growl at visitors.

Boaters became a common sight at the Bemis household, pulling up at shore so they could socialize. In July 1921, a boat manned by Cap Guleke, another famed Salmon River character, delivered an intrigued journalist named Eleanor “Cissy” Patterson. Her interview with Polly appeared in Field & Stream Magazine (under the byline Countess Eleanor Gyzicka, a former married name) in 1923, drawing national attention to the small Chinese woman who lived on the river. Interest in Polly’s life jumped, and Idaho river rafting visitors showed up even more frequently. Apparently Polly always welcomed people and enjoyed chatting with them about her life.

A frail and somewhat sickly child who grew into a man with a distaste for hard work, Charlie became mostly bed-bound at some point during the early 20th century. Strong Polly ran the ranch from then on. In 1922, the Bemis home caught fire and burned to the ground. Polly and her neighbor and friend, Charles Shepp, managed to pull invalid Charlie to safety. Further weakened by likely smoke inhalation during the fire, Charlie died two months later. After 28 years of marriage, Polly was on her own again. She decamped to Warren for two years before returning to her riverside land and, with the help of Shepp, rebuilt her home. A fixture on the Salmon River scene, she lived there until her death in 1933. She and Charlie are both buried there, across the river from one another. Polly’s headstone reads simply: “Polly Bemis, September 11, 1853 – November 6, 1933.”

Polly’s life becomes all the more fascinating when one digs below the glamorous, Hollywood-ized surface that unfortunately mostly served to further the stereotypes about Chinese women perpetuated at the time. She was a very real woman simply living her life the only way she could, which became intriguing to people mostly because her gender and her ethnic heritage marked her as unique during an overall fascinating time of western American river lore. Luckily for everyone who has the chance to experience a river raft trip on the Salmon and stop by her old homestead (now a museum), she chose that beautiful river canyon to live out her unusual life and was lucky enough to have it fairly well chronicled. Hats off to Polly Bemis, a woman who was most definitely a colorful character in Salmon River history.