Changing Course: How a Child of the Desert Confronts the limits of Growth, Water and Pipelines 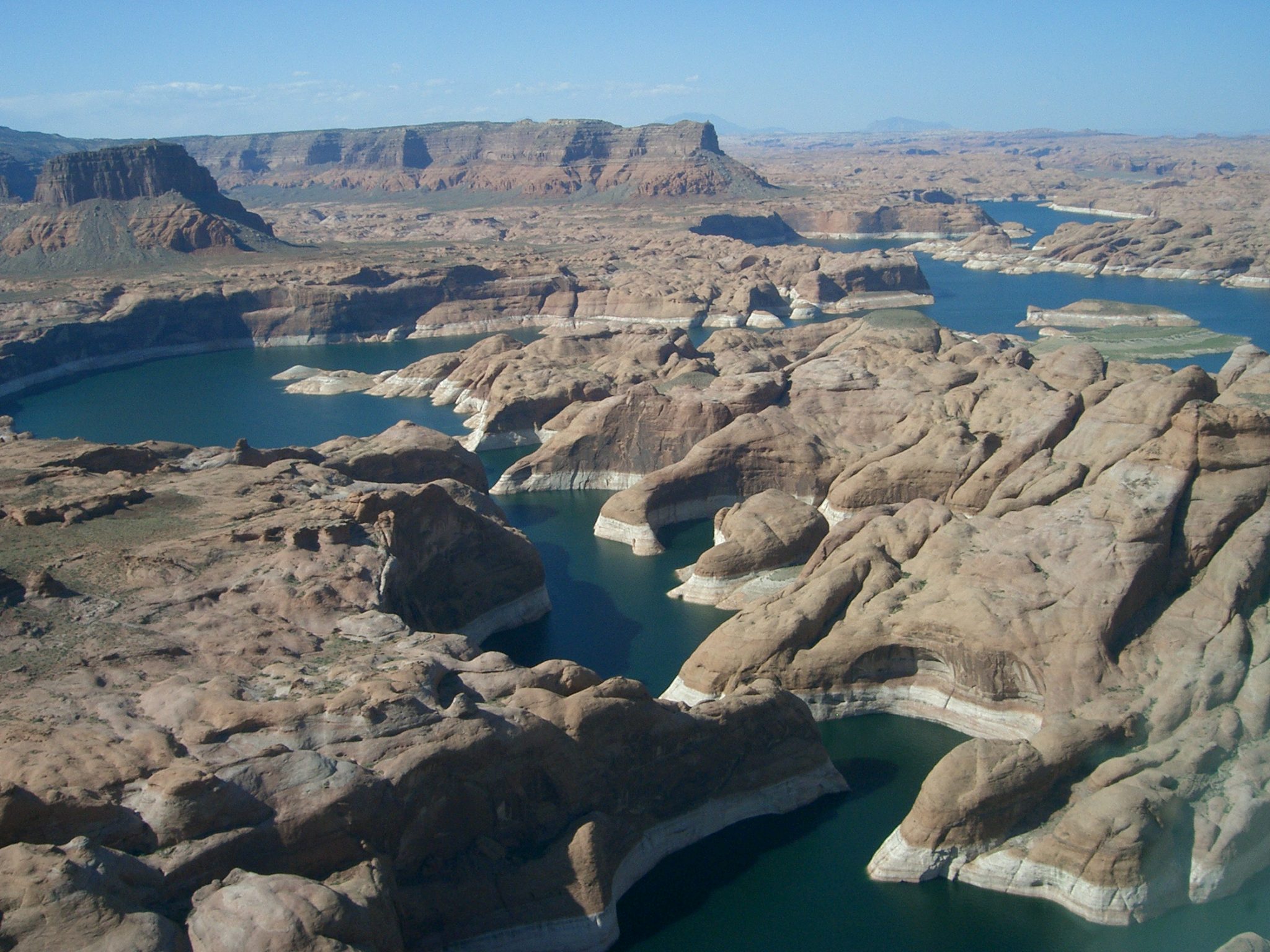 Like all Utahns I was born in a hot valley, gulping from snow-melt streams. Like the rest, my mother’s water broke and I slid out in the nexus of two myths: 1) The Lord provides — God opens the windows of heaven, and the drought will end; 2) Next season, to keep from worrying, we’ll build a pipeline. We learned to swim in the limbo between pragmatics and faith, between supply-side economics and the sacred. And now I learn on changing course from the reality that I was raised in.

I’m from St. George, a little corner of the Mojave that curls up into Utah. It’s a place I love, but I won’t lie: St. George burns and dries, and as it does so it also sprawls. Condos and outlet malls multiply on sputtering water rations. But for a decade the State has promised salvation from drought: the Lake Powell Pipeline.

We’ll suck our water from a straw that runs 139 miles across the desert. We’ll lap up 86,000 acre-feet of it (each one of which is the expanse of an acre flooded a foot deep). We’ll find one to three billion dollars to do it. We’ll try to start that straw deep enough so that when the mighty work is done, the Lake won’t have already shrunk to a puddle too low to be slurped up. Instead of changing our lives to fit the desert, we’ll build more golf courses and hundreds of thousands of houses, each with its field of turf. We’ll rework the Mojave to fit us.

It’s highly imaginative. Almost a fanciful Rube-Golberg machine where incredible effort and a thousand steps finally pushes the sprinkler-water out onto a grassy sward. With all this wild thinking, you’d think a new idea could enter our brains.

But the same plans gallop along. On Thursday the Division of Water Resources held a hearing about pouring billions of dollars into both the Lake Powell Pipeline and the Bear River Project, a similar plan to drain the Bear into the spigots of Salt Lake City and the Wasatch Front.

I could repeat the right talking points. About how the planning for the Lake Powell Pipeline uses all the wrong numbers — in particular ignoring that the future will be hotter and drier, and the lake lower. About how the Colorado River is already too strained, demand already outstripping supply. About how, on average, each person in Washington County uses twice the national average of water, 70% of it for grass, meaning that water conservation could go far enough to meet needs.

These are all true, but what I actually feel about the news of the Pipeline is not a logical bullet-point but the smell of water in the desert. Bats, frogs, and killdeer on the braided rivers. Imagining the old grandmother-hands of sandstone doing the braiding.

As a St. Georgian, the river that taught me this is the Virgin, which is a muddy ditch that with the summer monsoons shudders into a catastrophe. My first love. As a kid, when I asked where the name came from I heard the yuk-yuk response: she’s so muddy no one’s ever seen her bottom. It wasn’t until adulthood that I realized the river was named by Spanish explorer-priests, good Catholics. I slapped my own forehead: The Virgin River is named for the Mother of God.

I don’t want to run afoul of any chamber of commerce hip-hoorahing growth in that desert. But my first love sticks me with an ache about the rivers overused and piped out. We count off our lives by the places we leave forever, and for us desert-born it’s the rivers you can’t ever return to. It’s worse than Heraclitus’s threat that you never step twice in the same river. It’s the rivers diverted, canaled, driven underground, pumped with pesticides, or sapped to dry dust. You treat a river like this and the only boat they hold up is an ark of loss. You treat a river like this and they’ll drag at your ankles, you’ll wade ankle-deep in their ghosts all the day long.