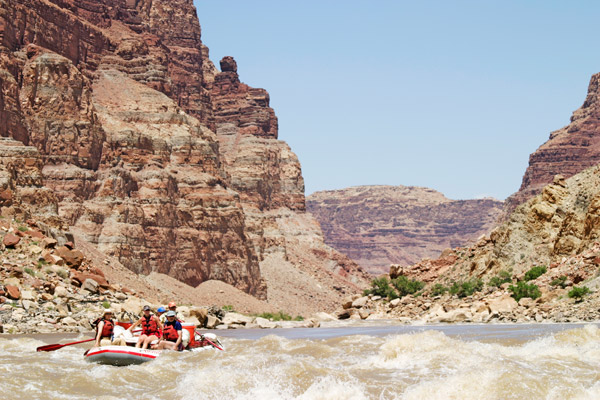 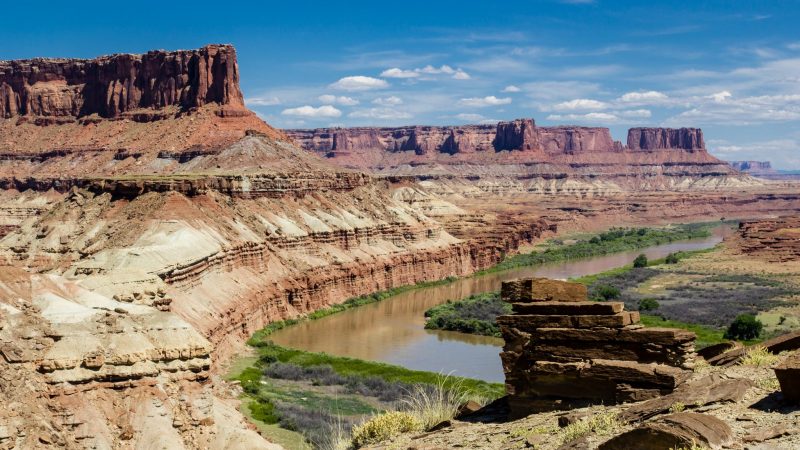 “Rock—carved, colored, and clothed by weather—controls the character of our land. Nowhere is the relationship between earth’s framework and the forces that shape it more dramatic than in the plateau and canyon country of the American Southwest.” – A Proposed Canyonlands National Park (Department of the Interior publication)

Canyonlands is a park of layers: layers of rocks, layers of history, layers of experiences for visitors. From Grand View Point, visitors can see the land dropping away in a hundred variations of the color red. Sheer cliffs and crumbling slopes represent over 100 million years of geology, from Sahara-type deserts to an equatorial jungle. But the viewpoint and its splendor are only the uppermost tier of Utah’s least-developed park. In Canyonlands, the raw, rugged beauty of Utah’s slick rock country has been preserved in as pure a form as possible; it takes more than a quick stop at an overlook to fully experience it.

The Creation of Canyonlands

“You don’t take a picture of the Canyonlands and see the Canyonlands. That isn’t possible.” Stewart Udall was the Secretary of the Interior who was a driving force behind the creation of the national park. Udall flew over the confluence of the Green and Colorado rivers in July 1961 with Floyd Dominy, the Commissioner of the Bureau of Reclamation. Dominy was pointing out where he wanted to put the next big dam on the Colorado. Udall saw potential, too. “Goodness sake, that’s a national park!” 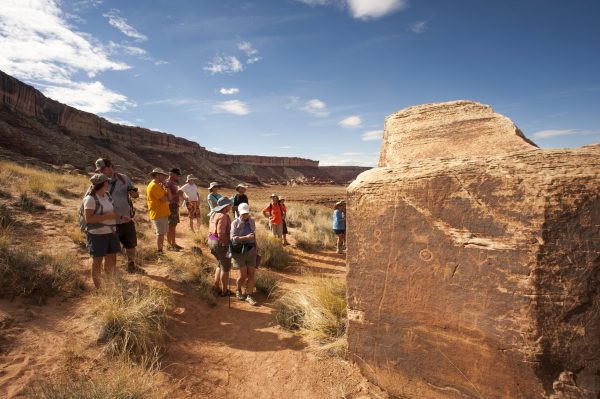 Determined to get deeper into that country, Udall contacted Bates Wilson, then Superintendent of Arches National Park (and another advocate for the creation of a Canyonlands National Park), and organized a trip with thirty or more writers and photographers. Color images from the expedition garnered national attention, and in 1964, after three years of political maneuvering and compromising, Canyonlands National Park was born.

Island in the Sky

The park is divided into four regions. The Island in the Sky is just what it sounds like: a triangular, cliff-ringed island floating nearly 2000 feet above an ocean of rock and river. The canyons of the Colorado and Green rivers define the edges; the two rivers meet at the point of the Island. This is the only part of the park that has a major road: a twenty-mile one-way scenic drive through pinyon pine and juniper, past viewpoints and trailheads. One other major road encircles the Island’s midsection, the White Rim Trail, a 100-mile 4X4 track that’s a popular route for bikers as well as Jeeps.

The Needles District lies above the eastern side of the Colorado River. The pink and tan sandstone spires of Chesler Park were the formations that first inspired Bates Wilson. Today much of the Needles is accessible only by hiking trails, although Jeep drivers can challenge their skills by crawling up and down the famous Elephant Hill on the way out to the Confluence Overlook. West of the Green River is the Maze, the most remote and least visited region of the park. High clearance 4X4 roads cling to the edges of mesas and drop down through the landscape, one level at a time, until visitors must park and continue on foot, scrambling, hiking, and climbing down sandstone foot- and handholds into the bottom of the Maze itself. Smooth, pale sandstone walls define the contours of a natural labyrinth. 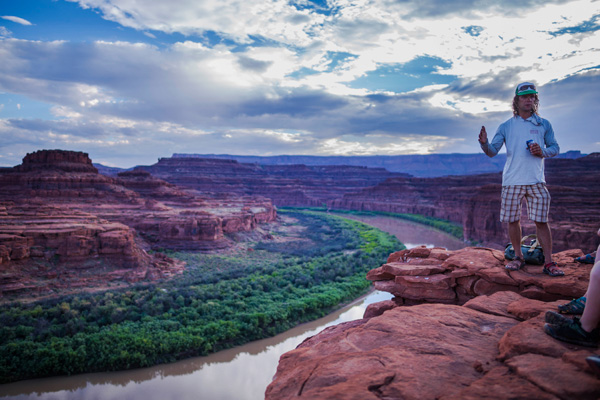 The fourth region of Canyonlands comprises the Green and Colorado rivers, worlds of water so entrenched in their canyons that they can only be reached via a few rough backcountry routes or a multi-day rafting trip. Floating on either river, boaters can glance up in places for a glimpse of the Island in the Sky or the Maze, but the scale is so huge as to make the rim seem unreal and impossible. Both the Green and the Colorado meander calmly for close to fifty miles through the park until they come together at the southernmost tip of the Island in the Sky. With their waters combined, they drop into Cataract Canyon, the crumbling abyss between the Maze and the Needles. During spring runoff, Cataract Canyon’s rapids are the biggest and most challenging of any river in the desert Southwest. Later in the summer, huge beaches form: perfect campsites from which to contemplate the stars of the Milky Way. The entire park is a designated International Dark Sky Park for the exceptional quality of its night sky.

Human history in Canyonlands began nearly 10,000 years ago when nomadic hunter-gatherers known as the Desert Archaic people visited the area in search of game. Later, from approximately 700–1300 AD, Fremont and Ancestral Puebloan peoples used the canyons to build more permanent structures, grow crops, and keep domesticated animals. Spanish explorers skirted the region in the 1700s, seeking new trade routes between Santa Fe and Southern California. White Americans such as John Wesley Powell explored the depths of the river canyons in the late 1800s, but sheep and cattle ranchers were the next humans to make their homes within Canyonlands in the 1890s, carving out their homesteads and ranging their animals across the unbelievably difficult landscape. 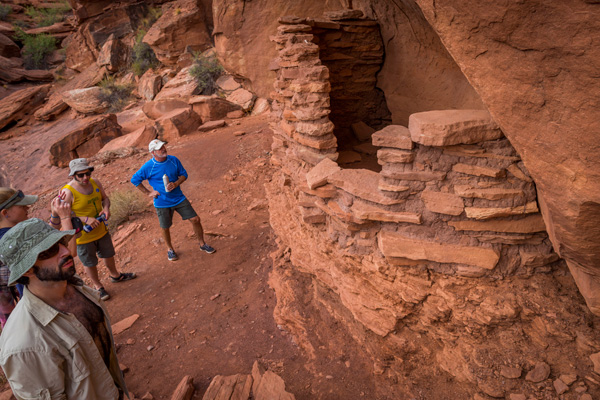 Structures and artifacts both historic and pre-historic are still present within the park: Fremont food-storage structures (granaries) sit on ledges and under walls. Eerie pictographs from the Desert Archaic people haunt the walls of the canyons. Stacked stone walls create precarious cattle routes down sheer cliffs to grazing land. In the 1940s, when uranium was discovered in the region, Model Ts and early Jeeps began crawling over and around the rocks in search of mineral wealth. Miners excavated shafts and hauled in equipment that can still be seen around the park, particularly on the White Rim Trail, which was built by the Atomic Energy Commission in the 1950s.

Visitors to Canyonlands National Park today are presented with over 330,000 acres of land to explore, much of it visible from overlooks, but even more of it accessible only through determined planning and effort. “You just mustn’t overdevelop an area,” said Bates Wilson, superintendent of Arches National Park from 1949–72. Leaving much of the primitive nature of Canyonlands intact and undeveloped was a deliberate choice and partly in response to what some people saw as the “over-development” of Arches, a few miles to the northeast. Whether accessed by Jeep, by foot, by bike, or by boat, the deep layers of history and geology of Canyonlands National Park are down there, just below the scenic viewpoints, waiting to be experienced.