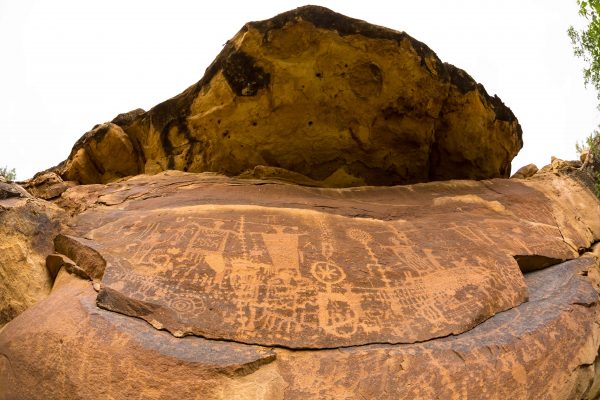 For people who live or recreate west of the 100th meridian, the term “BLM land” calls up images of a campsite under a juniper tree on the edge of a bluff thirty-five miles from the closest town with no one else around and a view that goes forever. Or maybe they hear BLM and think about riding an ATV along a dusty red trail, startling the cows grazing in the adjacent sagebrush. Some may see oil derricks, or windmills, or a carefully restored archaeological site with thoughtful interpretive signs. The BLM is all of these things and more.

The Bureau of Land Management, or BLM, is an agency within the Department of the Interior responsible for—you guessed it—managing land. Public land, to be specific, although the word “managing” doesn’t begin to express the complexity of their duties. The BLM is responsible for more land than any other U.S. government agency—a full tenth of the United States’ land base—and may have the most complicated mission. The agency is tasked with “managing public land for multiple uses (such as energy development, livestock grazing, mining, timber harvesting, and outdoor recreation) while conserving natural, historical, and cultural resources (such as wilderness areas, wild horse and wildlife habitat, artifacts, and dinosaur fossils)”. 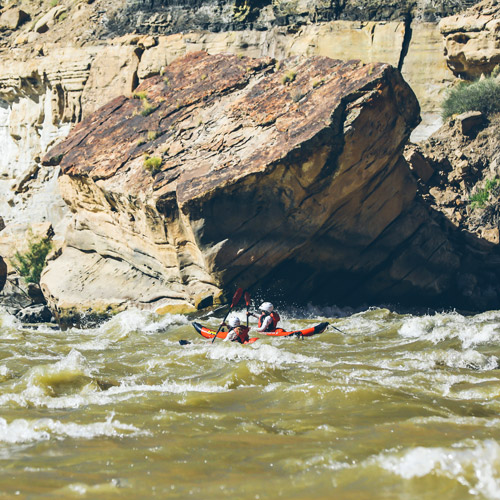 Essentially, the BLM is in charge of the public domain of the United States, lands that were acquired as our nation grew. The shape of the country we recognize as the United States did not come ready-made with the signing of the Declaration of Independence. It grew slowly, over generations. Britain ceded land to the newly established confederation. Thomas Jefferson purchased Louisiana. These acquired lands were part of the public domain, owned by the Federal Government. In 1812, the General Land Office (predecessor to the BLM) was established within the Treasury Department to manage these rapidly accumulating territories. And still the country grew. Spain ceded Florida. Texas declared itself independent of Mexico and the U.S. annexed it. We went to war with Mexico to win California and large chunks of the Western interior. We purchased parts of Arizona and southern New Mexico.

Under the 1862 Homestead Act, the General Land Office (GLO) began transferring some of this public land into private hands, doling out 160 acres to any claimant who lived on the land and cultivated it for five years. From 1863 to 1934, over 1.6 million homestead claims were processed, transferring more than 270 million acres to private citizens. As our country developed, the GLO’s responsibilities became more complex. Railroad right-of-ways had to be considered. In 1916, land surface rights were separated from subsurface (mineral) rights. The GLO retained control of both. By 1926, recreation was part of the national dialogue, and an act was passed to allow state and local governments to lease or otherwise use land for outdoor recreation purposes.

In 1946, the General Land Office merged with U.S. Grazing Service, and was renamed the Bureau of Land Management. At this point on the timeline of the agency’s history, there is a noticeable shift in consciousness. The agency was no longer just acquiring, cataloging, and distributing land; it (and the American public) was beginning to recognize the need for conservation. The Wilderness Act passed in 1964, allowing for the preservation of undeveloped Federal land in its natural condition. The Land and Water Conservation Fund was established in 1965 to allow the government to purchase more outdoor recreation areas. The 1960s and 70s saw the passage of numerous acts protecting the environment and the nation’s cultural history, including the Wild and Scenic Rivers Act, the National Environmental Policy Act, the Endangered Species Act, the Archaeological Resources Protection Act. Each one added to or slightly altered the role of the BLM.

After 163 years of operating under a broad and ever-shifting mission, in 1976, the Federal Land Policy and Management Act was passed, defining, for the first time, a clear and double mandate for the BLM: balance multiple uses of their lands and ensure “sustained yields” of those uses. “The BLM—except in areas specifically set aside for conservation purposes—must multitask to fulfill its duties,” a department website explains. “Nevertheless, consistent with the BLM’s goal of good stewardship of public land resources, ‘multiple use’ does not mean every use on every acre.”

How it Looks Today

Today, the BLM oversees approximately 100,000 oil and gas wells on public lands. It also manages 8.8 million acres of wilderness, and 21 national conservation areas. BLM-administered recreational lands experience millions of visitors per year: hunters, bikers, campers, boaters, hikers, fishermen, and more. Most lands are available for use without fees. The agency’s balancing act continues, ensuring that public lands are being put to their best uses, taking into consideration over 200 years of legislation, precedent, policy, and public opinion.

At the start of every Holiday trip through Desolation Canyon, a BLM ranger comes down to the boat ramp to check permits. The Sand Wash Ranger Station is a remote outpost, 25 bone-rattling miles from pavement and cell service. In certain years, mosquitoes make the tamarisk and greasewood bushes hum and humans cower under head nets. But the BLM rangers are there, rain or shine, hot or cold, mosquitoes or none, and they always take a minute after checking paperwork to talk to the groups gathered by the river bank. They explain some of the rules of the area, not lecturing, but in a tone that indicates how much they care about this place and invites visitors to care, too. “You are traveling through public land—your land,” they say. The Bureau of Land Management has a challenging mandate to fulfill, and we have the ability to speak up and help them make decisions that reflect the interests of the public. We call it BLM land, but really, it’s our land. The agency just takes care of it for us. Thanks, BLM.

Trips we operate on BLM Land:

Susan Munroe is a reader, writer, traveler, and river guide. She moved to Utah from New Hampshire for the mountains, but it was the allure of the desert and its rivers that have truly kept her transfixed. More than eight years after she first came to work for Holiday River Expeditions, she still can’t get enough of life on the water. Susan spends her winters skiing and working in Salt Lake City, Utah, with frequent trips to southern Chile to run the Río Baker and support the work of the educational kayaking exchange program Ríos to ivers. See more of  Susan’s work here: www.susanmunroe.com