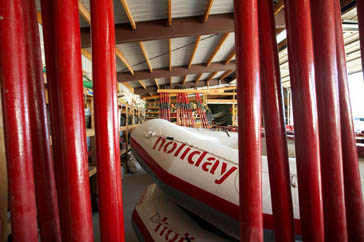 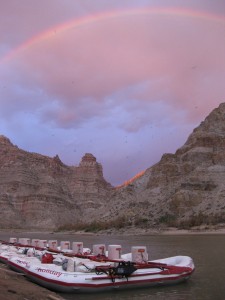 In Part VI, you’ll learn about Seedskadee, Dr. Babcock, Dr. Miller, George Flavell and Bert Loper.    Naming our rafts was deliberate and well thought out by founder Dee Holladay.  Constantly looking for fun and easy ways to educate our guests about the history of our beloved river canyons. By Julie Trevelyan

What boat did you or will you ride in, and why on earth does it have that particular name? Founder Dee Holladay wanted people to ask exactly that, so he named the boats after interesting local people, places, and things. The fascinating histories of the rivers and their runners often lead to conversations about the waters you’re rafting at that very moment. 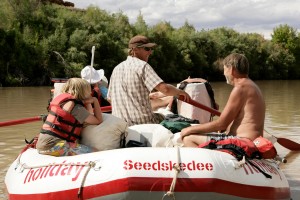 Seedskadee – Nowadays, we call it the Green River. But long ago the Shoshone Indians had a name for the river flowing through their lands: Sisk-a-dee-agie, or “river of the prairie chicken,” which was mangled into Seedskadee by fur trappers fumbling with the language. Prairie chickens, also known as sage grouse, used to be numerous in various parts of the country. Since 1900, their numbers have plummeted dramatically due to various factors such as burning and grazing practices in their natural grasslands habitat, environmental conflicts like wind turbines that tend to win confrontations with the confounded grouse, and their general tastiness which resulted in millions of them landing on dinner plates before hunting restrictions applied. Groups devoted to saving the threatened birds have helped them stay out of the extinction game for now. 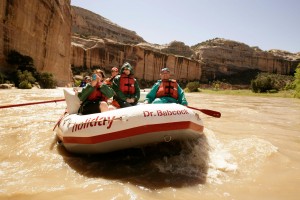 Dr. Babcock/Dr. Miller – A pair of dentists from Glenwood Springs, Colorado, Dr. Babcock and Dr. Miller are thought to be the first people to run Westwater Canyon. In August of 1887, the adventuresome duo apparently decided it was high time to take a break from filling cavities and being feared by every town child with the misfortune to possess teeth in need of repair, and they set their sights on a part of the Colorado River never before paddled by humans. It seems they successfully navigated their way downstream, then actually paddled back upstream to Moab before returning home to quiet lives. As far as is known, they were never to paddle another river. 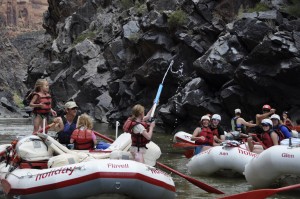 Flavell – In 1896, George Flavell and Ramon Montez rowed their hardy wooden boat, the Panthon, down the Green River and then the Colorado River through the Grand Canyon. George Flavell, fur trapper, hunter, prospector, and unlikely tattoo artist, also kept a lively journal during their trip. He describes being awakened one night in Desolation Canyon by a thunderous noise and shaking which he first thought an earthquake. He wrote, “But after listening for a few seconds, it stopped with a terrible thud. It was only a portion of a mountain that had wearied of living in such a high altitude and had decided to take up a claim in the canyon below. After reaching its desired location it slept again and so did we.” 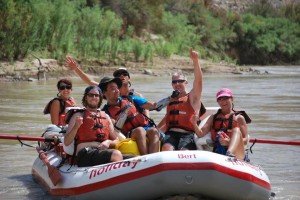 Bert – Bert Loper was called the Grand Old Man of the Colorado, with a legacy he shaped himself out of the muddy rivers of the Southwest. As a young man he bounced from one potential career to another until he landed in Blanding, Utah, in 1893, the prospect of gold shining bright in his eyes. Instead, he discovered a passion for the rivers and henceforth lived a life dedicated to his true love. Known for a Westwater Canyon trip with Ellsworth Kolb in 1916, Bert didn’t make a successful run of the Grand Canyon until 1939, at 69 years of age. He died as he lived, running the Grand one more time at 80 years of age, where he succumbed to an apparent heart attack while rowing through a rapid. Prescient about his death, he had not long before penned these words: “If I knew that on a certain day I was to pass on I would get in my boat and would land in Grand Canyon on that day for it seems to me that it would be such a nice place to pass on to one that loves the whole set up as I do.”