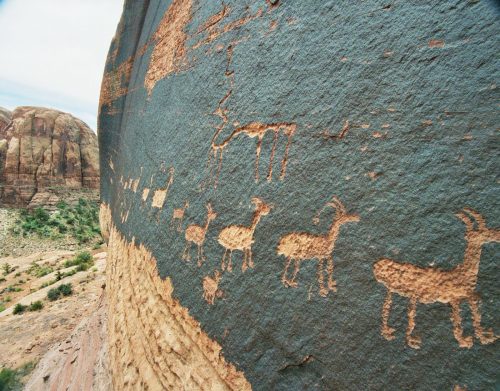 I didn’t go to college thinking I’d be an archaeologist one day. I went to college with a plan of not succumbing to my introverted tendencies and not gaining the dreaded “freshman 15.” While I was moderately successful at both of those things, I also took some anthropology classes because my sister was taking one, and I wanted to be cool like my sister. I took an introductory class in a giant lecture hall at the University of Delaware in the fall of 1993. In his first lecture, I will never forget the professor throwing up a slide of Curious George (whom I have a lifelong love for) while saying “the books got it wrong. Curious George is not a monkey, he is a chimpanzee, as he does not have a tail.” I’d like to say that my first class hooked me for life, but it didn’t. I wound up working in the archaeology lab analyzing flaked stone for extra credit to bring my grade up-a job I found to be mind-numbingly dull. It was after that that I focused on cultural and physical anthropology classes – studying people and evolutionary biology, which I found much more interesting. In my sophomore year, I went on exchange to the University of New Mexico, where I eventually transferred. 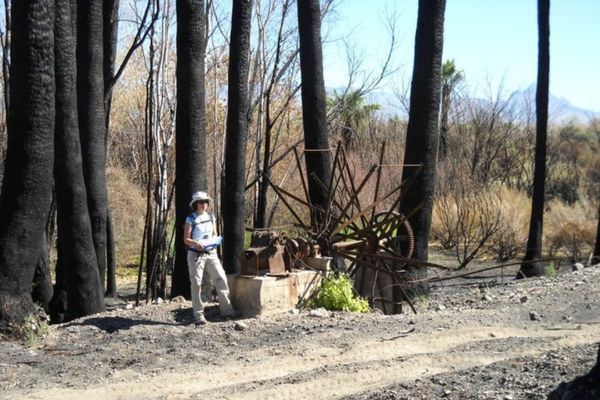 Water Wheel at a Historic Ranching Site in Nevada

In New Mexico, archaeology is everywhere: Chaco Canyon, Bandelier National Monument, Pecos National Monument….my heart started to soften towards archaeology, and I also realized that most careers in anthropology were related to the sub-field of archaeology. After field school and an internship at the Bureau of Land Management for a summer, I graduated with my B.A. It wasn’t until I got my M.A. several years later that I became a full-fledged, card-carrying archaeologist. 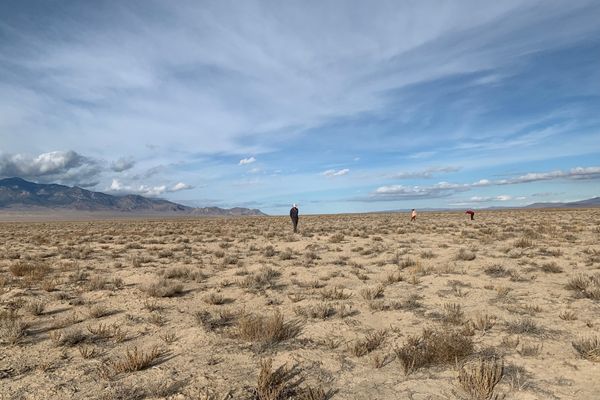 Over the past 20 or so years I’ve excavated archaeological sites that are as much as 5,000 years old. I’ve walked hundreds of miles across Utah and Nevada (and even some in Arizona). And it’s not just the ancient places – I’ve also recorded historic-era ranches, water wheels, and plain old can and glass scatter dating to the early 20th century.

What have I learned along the way? That no one story is more important than another. That the Archaic people who built their homes in the sand dunes of southwest Utah and the Ancestral Puebloans who roasted cholla cactus buds on high ridges and the ranchers in the historic period were all using the tools they had to co-exist with mother nature. I’ve learned that our shared humanity is what connects us across the millennium and the globe.

I just came back from a bucket list trip to Peru, where I witnessed the archaeological feats of the Inca at Ollantaytambo and Machu Picchu. While I stood in stunned silent awe gaping at the marvel of constructed works with no mortar, I was considering the people who built these structures. Were they any different than the Archaic hunter-gatherers, the Ancestral Puebloan farmers, or the indigenous peoples who have been here since time immemorial?

What I really want to tell you is that archaeology isn’t just about digging up old stuff in the desert, or about extra credit in a lab. It’s about honoring the past, and respecting and acknowledging the people that came before us. And it’s also about using that respect and knowledge as we relate to one another now, in the present.

There are countless ways you can learn more about the archaeology where you live. In Utah, you can become an archaeological site steward. You can learn about why it’s so important to respect and protect our cultural heritage. And you can find out which indigenous Tribe has ancestral ties to where you live, anywhere in the world.

I became an archaeologist because of my cool older sister because I was a freshman in college with no other ideas of what sounded interesting, because I fell in love with the cultural and natural world around me, and because I have always thrived on relationships in the present and with the past. I wouldn’t have it any other way.

Suzy Eskenazi is a native Delawarean, an archaeologist, writer, outdoor lover, and Airedale terrier owner. She is passionate about preserving Utah’s cultural resources and she shares that passion in both her professional and personal endeavors. If she’s not on a paddleboard on a summer weekend, you’ll find her on a trail in the Wasatch Mountains, drinking tea in her garden, or planning her next adventure.