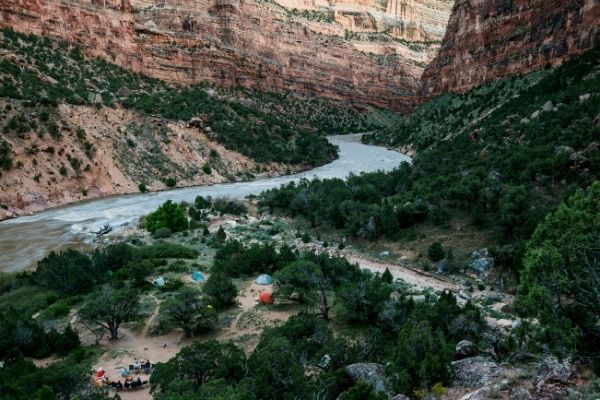 Famed for being the last major tributary of the Colorado that hasn’t been dammed, the Yampa River that slices through Dinosaur National Monument in northeastern Utah and western Colorado is a river that quickly enamors those who float its pools and channels and buck its rapids, all the while surrounded by magnificent Western scenery. 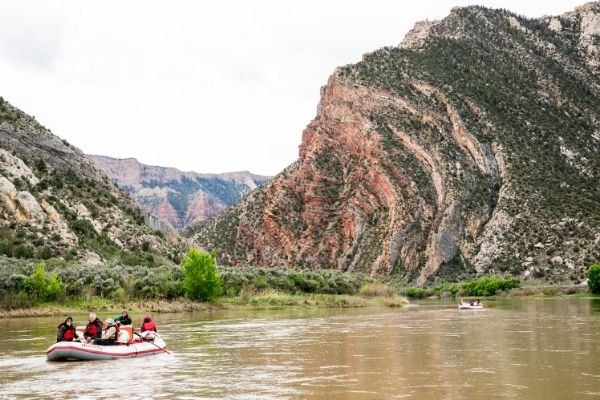 Faults and folds of geology are revealed in the canyon walls the river has cut down through the ages. In the lower stretches of the river, ruddy sandstone walls rise more than 1,000 ft. above the river’s currents, dwarfing those bobbing along.

Dinosaur National Monument is just one of 424 units of the National Park System, which stretches not only from coast to coast and Canada to Mexico but into the Caribbean and the far Pacific beyond Hawaii. But spend time in Dinosaur, running the Yampa or Green rivers that flow through it, or marvel at the paleontological wonders that are protected there, and you can’t help but fall in love with the national monument.

As founder and editor-in-chief of the National Parks Traveler, I’m not supposed to have any favorites in the park system. But Dinosaur definitely pulls on me. As do Yellowstone, Acadia, Rocky Mountain, Glacier, and … well, you get it. 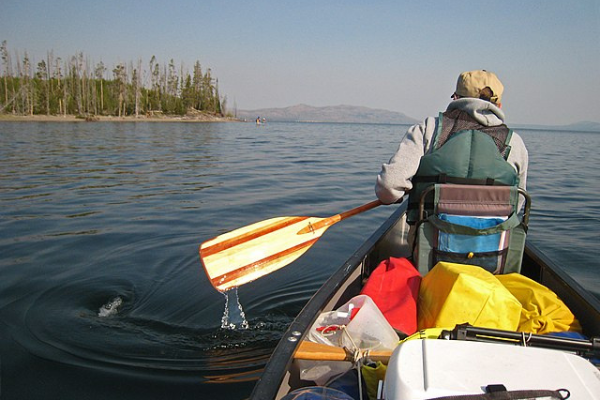 As sprawling, mesmerizing, and intriguing as the U.S. National Park System is, it’s no surprise that it harbors a rich trove of stories and experiences. Stories about the scenery, the environment, the wildlife, the culture, and the history of the United States. Experiences such as hiking the Appalachian National Scenic Trail from end to end, paddling into the backcountry of Yellowstone Lake, standing in awe in the darkness of night while watching the flaming eruption of Halemaʻumaʻu Crater on the top of the Kīlauea at Hawai’i Volcanoes National Park

These stories and experiences are the fodder for the Traveler’s small team of journalists and photographers. We stay busy reporting – in words and weekly podcasts — not only on the wonders of the park system, but also on the challenges the parks, and the National Park Service, face year in and year out. Our coverage ranges from wildfires in the parks to Congressional hearings involving the Park Service. In short, we bring readers and listeners a multimedia blend of news, feature content, podcasts, debate, and discussion.

It never gets old or boring. Not with stories revolving around geologic wonders to be found in Yellowstone, the Grand Canyon, and Mount Rainier national parks. Or the wildlife success stories involving fishers, a small weasel-like mammal, returning to Olympic National Park, or the wolverines spotted in Mount Rainier National Park after having been extirpated in the early 1900s. The latter are stories of renewal, recolonization, and success in supporting the country’s biodiversity. 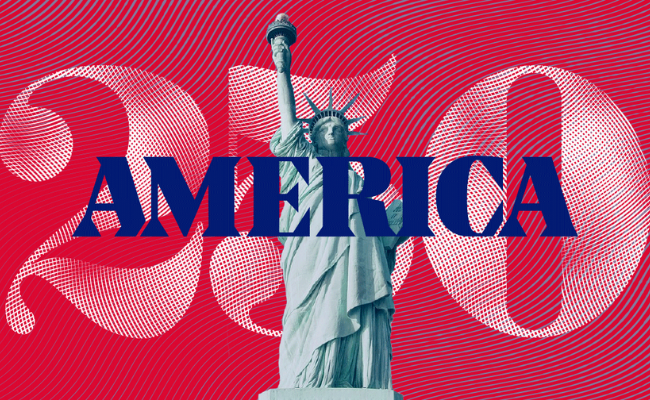 Graphic by American 250, Courtesy of NPS.gov

With the 250th birthday of the United States coming up in 2026, places like Valley Forge in Pennsylvania, Saratoga National Historical Park in upstate New York, and Ninety-Six National Historic Site in South Carolina interpret rich stories of the country’s fight for freedom.

On the river – whether it’s the Yampa through Dinosaur, the New River in its namesake park, or the Colorado River through Grand Canyon, just to mention three wonderful choices in the park system – you gain the ability to immerse yourself in nature on a leisurely float. River time, as they say, does not subtract from your lifetime. But it does give you time to gain a deeper appreciation for the park system. 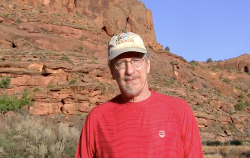