Apex on the Precipice 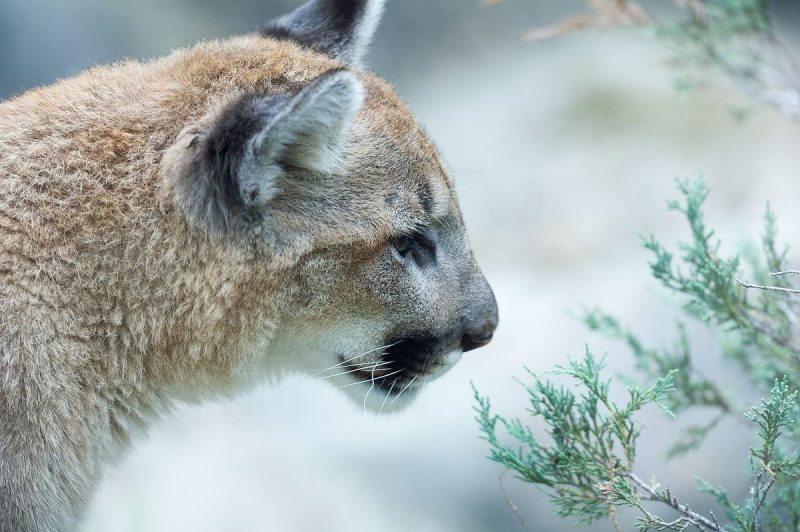 If you haven’t watched the short documentary entitled, “How Wolves Change Rivers,” I suggest you do it now. It’s only four and a half minutes. Just do it, I’ll wait…

Okay, now that you have watched that, you understand trophic cascades, the way that reintroducing wolves into Yellowstone National Park back in 1995 helped the trees to grow bigger, the migratory birds to return, and the beaver population to increase. The wolves literally changed the flow of the river. But it’s not just wolves.

Messing with the top predators in any given environment drastically alters the ecosystem all the way down. This is true for wolves, for humans (think about how much our every behavior and population change alters every other living thing!), for lions, and for cougars. In fact, a 2006 study found that “Increases in human visitors in Zion Canyon apparently reduced cougar densities, which subsequently led to higher mule deer densities, higher browsing intensities and reduced recruitment of riparian cottonwood trees, increased bank erosion, and reductions in both terrestrial and aquatic species abundance.” In other words: the cougars changed the rivers, too. 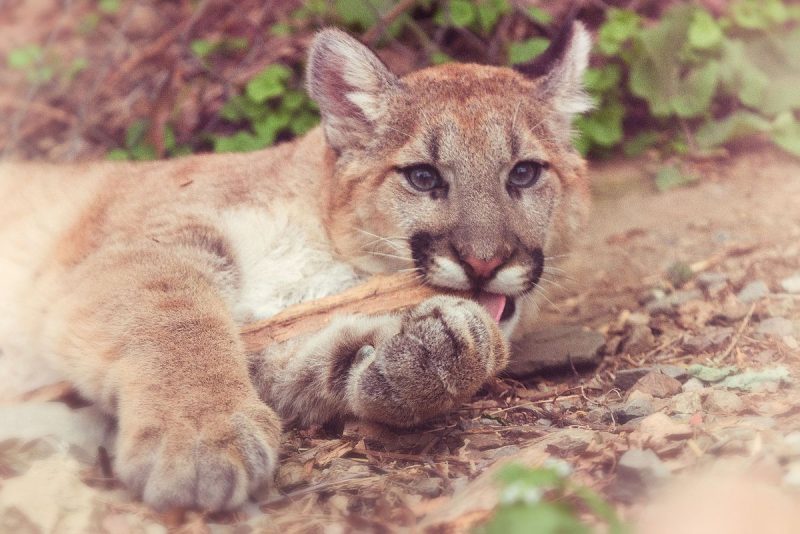 And this is one of the reasons we need to look carefully at the Utah Wildlife Board’s recent, unanimous decision to increase the number of hunting permits that it is issuing for these apex predators. Just last week, the board raised the number of permits from 531 to 581, statewide. The move came in the wake of complaints from hunters and ranchers about a growing mountain lion population.

These complaints have been given a hysterical edge from local news stories of cougars roaming through the city streets. In August, a cougar was shot in downtown Salt Lake City by a police officer. The local police sergeant said that “He got within about six feet of our officer, who shot and killed it.” The officer claimed that he feared for his life, but others have been more skeptical about the danger posed by the creature. One wildlife officer who was on the scene stated that “the cougar was running out of the area” and “was not running toward a person.”

Recent efforts to more accurately track cougar populations in our neighboring state of Wyoming can give us some clues. A group named Panthera has taken careful, scientific track of the year-to-year fluctuations of the cougar population in a small region near the Teton mountains. What they have found is that, contrary to popular belief and the rhetoric of livestock industries, “the local mountain lion population has declined by 47% over the last 8-10 years.”

Killing off nearly half of the population of an apex predator will significantly change the ecology of the region from the top down. Recognizing this, regulators have reduced the permits for mountain lion “harvesting” in the area to just five animals a year. Panthera hopes that this will help the population to recover in this area and act as an example for other wildlife management efforts.

According to Utah’s Standard-Examiner, the Division of Wildlife Resources estimates that there are between 1,900 and 4,000 adult cougars in Utah. That’s quite a gap. There could be 4,000 cougars or less than half of that. And it makes a significant difference when we consider that 581 permits would grant hunters permission to kill more than 30% of the entire population of cougars in any given year if the population were 1,900.

Still, whether the permits account for 30% or just 14% of the cougar population, the recent move has many concerned. Allison Jones of the Wild Utah Project said “this is concerning to us as scientists.” Unfortunately, the Utah DWR doesn’t seem to be as concerned with science as they are with economics.

They admit that their two main factors in determining mountain lion quotas are “prey numbers and livestock depredation.” There have been 65 livestock deaths linked to mountain lions this year (for which the state must compensate ranchers). 65 sheep justify the killing of 581 mountain lions? Not only is that anti-scientific, but it is also cruel.

The Panthera project in Wyoming mentioned that, besides using science to measure cougar populations and change state policy, they also rely on the fact that “Jackson is unique in Wyoming in that the majority of residents enjoy the presence of large carnivores; many feel that a hunting limit of three mountain lions is still too many.”

Maybe if Utah residents understood cougars and their unique contribution to our beautiful ecology, they would feel similarly.