A Conversation With John Weisheit 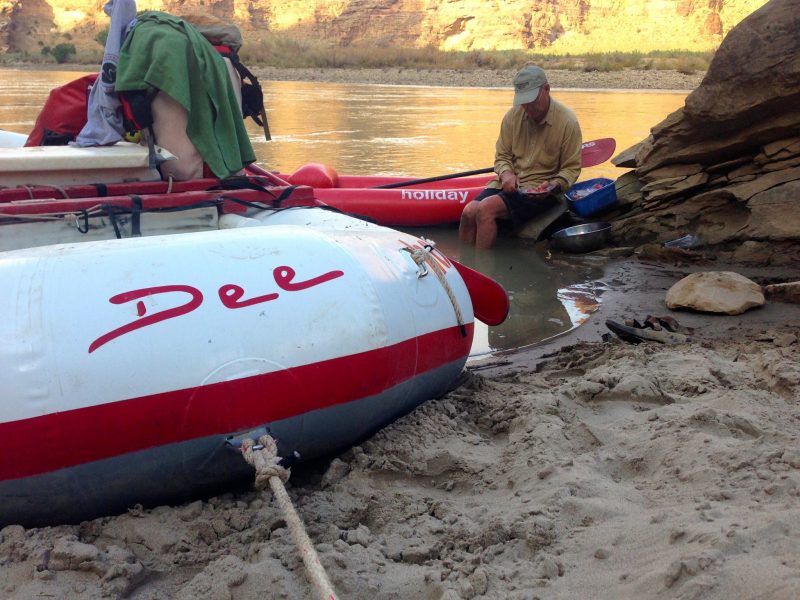 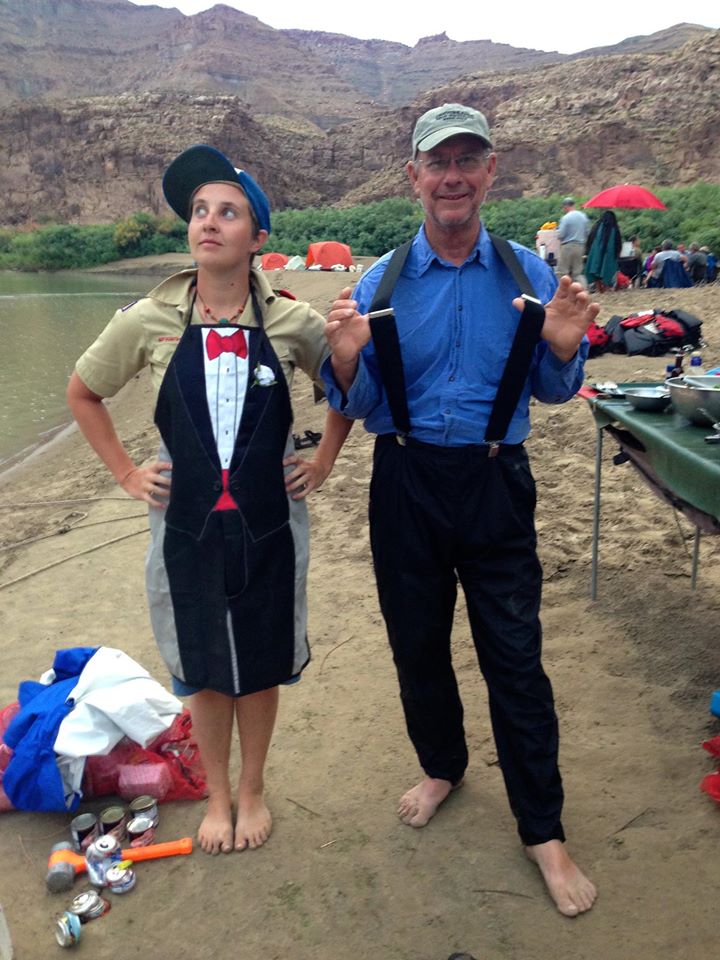 Recently I shared many laughs with an old friend and river legend: John Weisheit; on of our Riverkeeper trip facilitators.  His lifetime spent on rivers prepared John well for his career choice of being the Colorado Riverkeeper, a fierce defender of all things in-stream, healthy, and natural.  Starting his own non-profit, Living Rivers, John has talked with pretty much every person there is to talk to when it comes to rivers, river history, flood cycles, native water rights, ecosystem impacts, climate science, & how to make dutch oven meals to boot. Here are his answers to some of life’s best and simplest questions.

Lauren Wood: Why do you do the work you do? What drives you?

John Weisheit: It took decades to make the connection of how important the resource is not for me but for others and especially the critters that live and depend on the Colorado River. And then I decided…the changes we are seeing aren’t supposed to happen this quickly, but they are. And the reason is because of human behaviors. So I decided that I have to change myself. But there’s this big thing called the economy and politics and we really can’t just change ourselves, we have to change everything. SO you have to share. You have to show up. And when you show up people think “Oh they won’t be here in two years, I’m not going to pay attention,” and then you have to commit to it and stay with this for 20-30 years…. Because at some point in time the powers that be realize that you’re still here and they have to deal with you.

You might not know what you have to say until you show up and get involved. Unfortunately, you’re gonna die and that can’t change, but if you don’t show up while you’re living, you’re just pushing the solution further back in time. So that means you have to accept that the solution may not come in your lifetime…but why should that change your role to play? This is ultimately an issue of courage.  If people see you make the sacrifice, they’ll want to do it too. And that’s how movements grow. You need to to mobilize people. 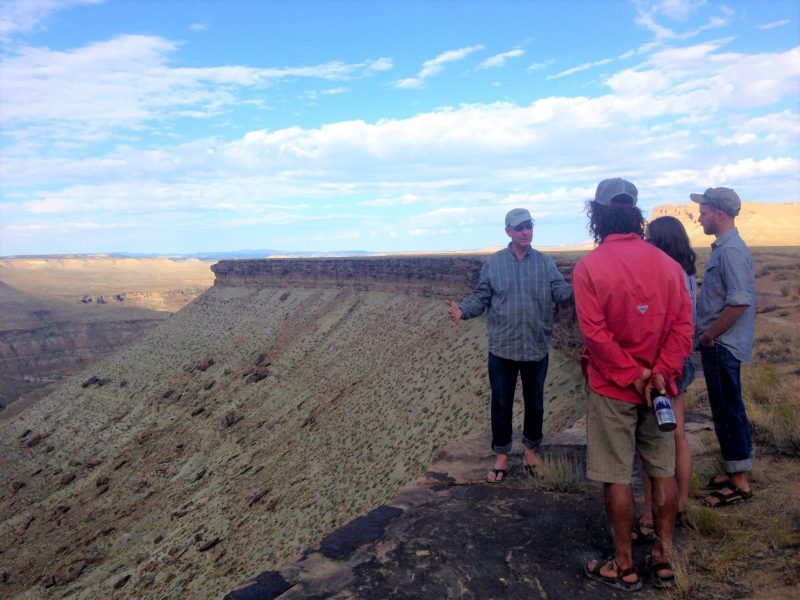 LW: Why have you chosen to come with Holiday on this trip?

JW: Because I’m going to show up. And I’m going to share, and by the end of the trip strangers will have become friends, and our friendship have the power to heal the river and ourselves and we’ll feel great! Holiday really understands that: the importance and power of a river trip.

LW: What is your relationship to a river?

JW: Rivers represent the water cycle. They represent the movement of water from the atmosphere to the surface to the aquifers to the ocean and we are just riding on the cycle. We are a part of it whether we know it or not. So I feel like an antibody in the bloodstream or maybe a white blood-cell, trying to fix a disease. So a river trip is where you need to be…in the cycle, in the flow instead of stuck on some freeway, stuck waiting.

A relationship with a river shouldn’t be selfish. A lot of people need a river trip to feel better and that’s a good thing as well, but at some point you’re gonna go “I’m gonna do this not only to help me but to help the river because if I help the river I help everybody.” I help the healing of society… so it’s a give and take. 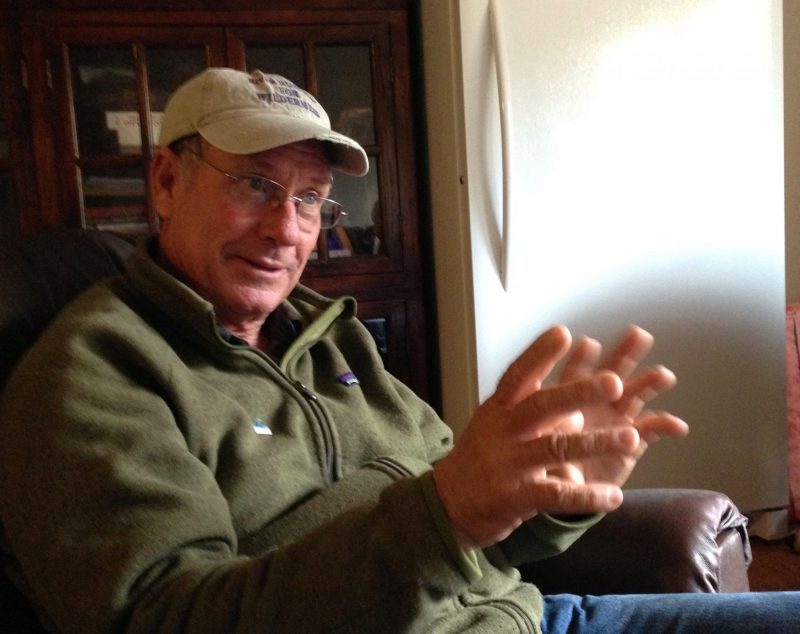 LW: What makes you so curious about flood cycles & river protection?

JW: We’re back to cycles…cycles in nature require patience. Most of the time nature is well-behaved and nurturing, but it has house-cleaning cycles too (just like we do spring cleaning). It’s the variability that the plants and animals are actually adapted to. They can often survive extreme droughts and floods, they can actually prosper after these events occur. But humans aren’t in that cycle; we have removed ourselves from it. If we were still connected to it we would be more prepared for what is to come next as climate change impacts our region.

We’ve built big things in flood plains and we over-extend our water supplies during droughts.  So these adversities aren’t caused by nature they are caused by humans because we aren’t working with the cycles of nature. And nature always wins. So we have intentionally decided to fight a war we can’t win. The flood cycles remind us how to be resilient.

LW: What is one thing you hope someone on your upcoming trip takes away from the experience?

JW: That they need to show up for rivers. They don’t need to do much…but they won’t know what to do until they reach out and get involved.

LW: How can people find out more about you?

JW: Check out onthecolorado.org! I have over 100 gigs of Colorado River information on that site! Going to my website is like going into a whole library.

To learn more about our other watershed related trips with Waterkeeper’s check out our Watershed Specialty trip!

By Lauren Wood :  I have been a river runner my entire life.  It was learning from the Holiday boatwomen and men of the 1990s that led me to find my own oars. I have been a guide for Holiday River Expeditions since 2009. In my spare time, I work as the Green Riverkeeper Affiliate with Living Rivers & sit on the Board of the Utah Chapter of the Sierra Club. A life well spent organizing communities to protect the rivers and lands I love.  I find that the lessons from the river inform my climate justice work and truly all aspects of my life.