Shhh, Listen, Do You Hear That? Eavesdropping on John Wesley Powell and his Historic Geographic River Expedition 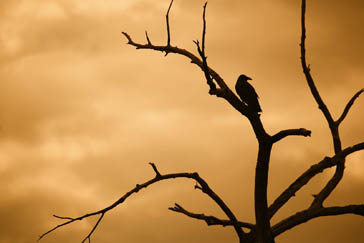 What comes to mind when eavesdropping on John Wesley Powell’s 1869 three-month raucous river expedition through the unchartered terrain of the Green and Colorado rivers, and into the depths of the Grand Canyon? In his book, Exploration of the Colorado River and Its Canyons, passages paint images of striking landscape and stomach-dropping first descents through unforgiving rapids (only five of Powell’s ten-man crew would complete the expedition.)

While visual and visceral, what were the sounds of this rugged western frontier? What did Powell, hailing from Illinois, notice in the early morning twilight, in the ink of night, or while floating long, calm stretches of river.

As his men arrive at the confluence of the Green and Yampa rivers, having survived Lodore Canyon’s perils, Powell writes: “This has been a chapter of disasters and toils, notwithstanding which the Canyon of the Lodore was not devoid of scenic interest, even beyond the power of pen to tell. The roar of its waters was heard unceasingly from the hour we entered it until we landed here. No quiet in all that time. But its walls and cliffs, its peaks and crags, its amphitheatres and alcoves tell a story of beauty and grandeur that I hear yet – and shall hear.”

“Every moment of his trip was sublime in terms of sound because it was so unspoiled,” points out Jeff Rice, an audio researcher who has spent more than ten years in the field recording natural sounds of the West, helping create the Western Soundscape Archive at the University of Utah’s Marriot Library. “Fortunately due to the large swaths of protected land in Southern Utah, much of what Powell heard, you could still hear today,” adds Rice, noting that so many accessible places are now infringed upon by the sounds of human development.

To find the purity of natural sound, the kind Powell was immersed in, often requires backpacking into natural areas or via rivers—Holiday’s rafting trips weave through areas inaccessible by road and insulated by miles and miles of national parks or wilderness area. “We are acutely aware of protecting our guests’ experiences in nature and ensuring removal from the noises of society, which is one reason we don’t use motors on our rafts” says John Wood, President, Holiday River Expeditions.

Studies showing the healing and soothing salve of natural sounds show a drop in blood pressure, stress levels, and an increased ability to focus. One study on cancer patients recorded a significant reduction of pain during a procedure when patients were able to view and hear nature via images and sound.

“The sounds of nature have an utterly different, well… nature. In contrast to music, we are tuning in to the world beyond the human realm. We are listening to the voices and songs of our planet. These sounds – birdsong, insect calls, wind and water – must surely be the definition of sounds that are vital and alive,” writes nature sound recordist Andrew Skeoch. To read more about Skeoch click here.

Sound is an often overlooked layer that can connect us to nature and imprint a deeper appreciation of it on our psyches. We need this connection, but we forget that. On multi-day river trips, the lap of water against the shore, the purr of distant rapids, the harmony of songbirds and the soft pulsating of a frog slows down our pace and reminds us of what a peaceful state feels like, once again.