13 Reads for the River 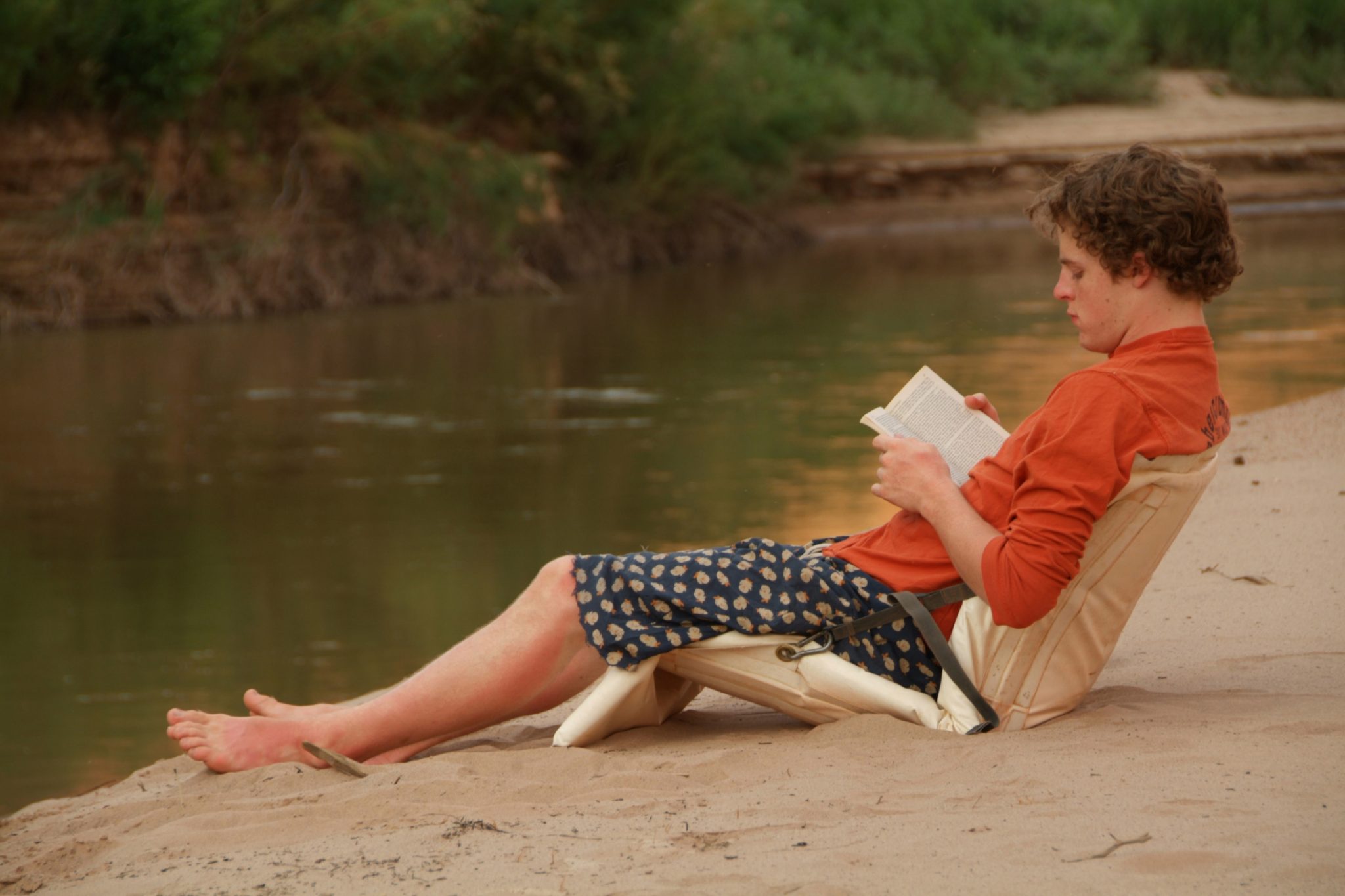 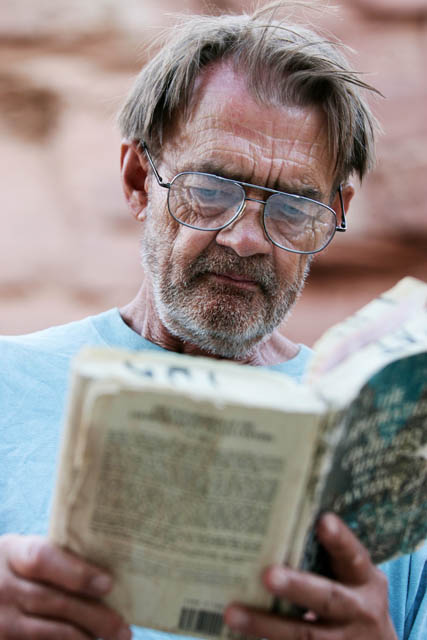 Exploration of the Colorado River and its Canyons – J.W. Powell

I suspect a secret collusion between the running water and the running words. This is why our podunk towns and fly-over spaces have captured some of the best literary minds of the century. They plant themselves on the shifting shores of these rivers and call it home.

Whether you read the local river stories or connect to those from the other side of the world, don’t go down the river without a book. Find an empty corner of your dry bag and a spare Ziploc for one or two of these reads for the river:

With five national parks, seven national monuments, 43 state parks, and two national recreation areas the entire map is dotted with must-see attractions. Ellen Meloy was a river guide on the Green before her tragic death a decade ago. She left us with her words about Desolation Canyon and the rest of the Colorado Plateau, bubbling with wisdom and wisecracks. Meloy once recalled writing out in the desert until she was sunburned into blisters and itching from poison ivy. When she trundled into town to find relief, the pharmacist told her the only cure was to change her lifestyle. She writes: “I contemplated this reasonable observation for about sixteen seconds. Move to town. Hang out at the laundromat. Have eight children. Then I melted back into the pinon-juniper forest.”

This is the kind of woman who wrote Raven’s Exile, an unflinching and hard-bit love song to Desolation Canyon. Bring Raven’s Exile with you down the canyon, and brilliant, smirking, big-hearted Ellen Meloy can still be your river guide.

Perhaps Abbey wound up in the southern Utah deserts because, like those deserts, he managed to be both harsh and tender, brash yet vulnerable. This author of The Monkey-Wrench Gang and Desert Solitaire can write belligerent rants against industrial society and also describe gently training a gopher snake to curl up inside his shirt for warmth on cold desert mornings. Down the River includes his experiences rafting down the San Juan River right before it was dammed, and an eleven-day journey down the Green River. Abbey understands the importance of bringing the right books with you on the river — he rafted the Green with “five friends plus the ghost of a sixth: . . . a worn and greasy paperback copy of a book called Walden, or Life in the Woods.”

Abbey says these pieces “are meant to serve as antidotes to despair. Despair leads to boredom, electronic games, computer hacking, poetry, and other bad habits.”

The writing of Terry Tempest Williams is fearless, whether she’s baring her personal relationships or championing a political stance. Her writing is deeply personal but never navel-gazing — she always keeps her eyes wide toward the eye-widening world. Refuge centers on the Bear River Migratory Bird Refuge in a time of flooding and upheaval, a story that braids into the internal upheaval of old beliefs and securities in Williams’ own family.

Williams’ book Red: Passion and Patience in the Desert, a celebration of America’s redrock wilderness, is an equally good companion for a river trip on the Colorado Plateau. It is in this book that Williams writes:

“I believe that spiritual resistance — the ability to stand firm at the center of our convictions when everything around us asks us to concede — that our capacity to face the harsh measures of life, comes from the deep quiet of listening to the land, the river, the rocks. There is a resonance of humility that has evolved with the earth. It is best retrieved in solitude amidst the stillness of days in the desert.”

This book is Stegner’s study on the fascinating personality of John Wesley Powell, an explorer of the Green and Colorado Rivers and the first European-descended person to pass through the Grand Canyon. Powell came out of his wild days on the river with a first-hand knowledge of the need for water conservation and ecological planning in the West — and then watched as his best ideas were ignored by a political system driven by short-sighted greed.

Wallace Stegner is known for his ability to make the past lively and relevant, a task he finds particularly important in the West. He writes:

“Millions of Westerners, old and new, have no sense of a personal and possessed past; no sense of any continuity between the real Western past, which has been mythologized almost out of recognizability, and a real Western present that seems as cut off and pointless as a ride on a merry-go-round that can’t be stopped.”

Sometimes, when you are moving through these landscapes, the only way you can justify putting your nose in a book is if that book itself is teaching you to see the place more carefully. Dillard’s thoughts erupt and range far on life and death and God, but her observation of the place is always sharply disciplined. Whether she’s looking at pond water under a microscope, watching a praying mantis lay eggs, or witnessing a giant water bug slurp up the insides of a frog, Dillard will teach you the humble mastery of witnessing the natural world.

This is a book about the irrigation of Western deserts, but Worster’s writing is far more compelling than pipes and hoses. Rivers of Empire is a revelation about the working of the Western mind and its mythology. By tracing what we’ve done to rivers, Worster reveals how our veneer of rugged individualism is a lie, covering an elitist and imperial project which continues to cause immense social, economic, and ecological damage.

Though this book is a particularly fine choice for those taking advantage of our Baja sea kayaking trips, Steinbeck’s work will make any reader a more careful watcher of the ones who live at the water’s edge. Steinbeck’s fascination with aquatic specimens and scenery will worm its way into your own bones. You’ll find yourself wishing you had brought collecting vials for the wriggling creatures you find under the river’s stones.

When they tried to dam this curmudgeon farmer’s river, he fought back with a book detailing the astonishing richness of a river and the bitter destructiveness of the society that would demolish it for profit.

Heat-Moon took more than one hundred days to journey 5,288 miles across America, almost entirely in the water. He did this feat in a motorboat named Nikawa, which in the Osage language means ‘River Horse.’

This is a book about David Brower, an ardent conservationist who believed in the wilderness for its own sake, told through his interactions with those who vehemently disagree with him — miners, real estate developers, and river dammers. The third section of the book depicts the poignant moment of Brower rafting down Glen Canyon with the man who was building the dam that would later bury the entire area with Lake Powell.

Lest we grow too certain of the boundaries between the natural and wild, here comes a book to muddy the waters. Zeitoun focuses on one Syrian-American family in the aftermath of Hurricane Katrina, as they navigate New Orleans in a second-hand canoe. 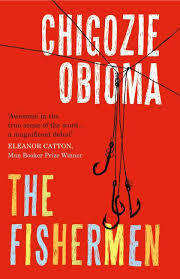 Obioma’s vibrant novel about 1990s Nigeria centers on the Omi-Ala river, making it a key character in the book’s events. Though it takes us far from the rivers of the American West, The Fishermen reminds us of the power of rivers, even when they have moved from being worshiped as a local divinity and source of life to being condemned as a toxic sewer.

Set in the Sundarbans, an intricate web of islands off the Bay of Bengal, this is the story of a marine biologist in search of a rare freshwater dolphin. In their travels through these rivers, buzzing with the endless diversity of species, cultures, and languages, there are moments of sublime understanding: “Suddenly the language and the music were all around her, flowing like a river, and all of it made sense.”

What are your favorite reads for the river? Tell us in the comments below!